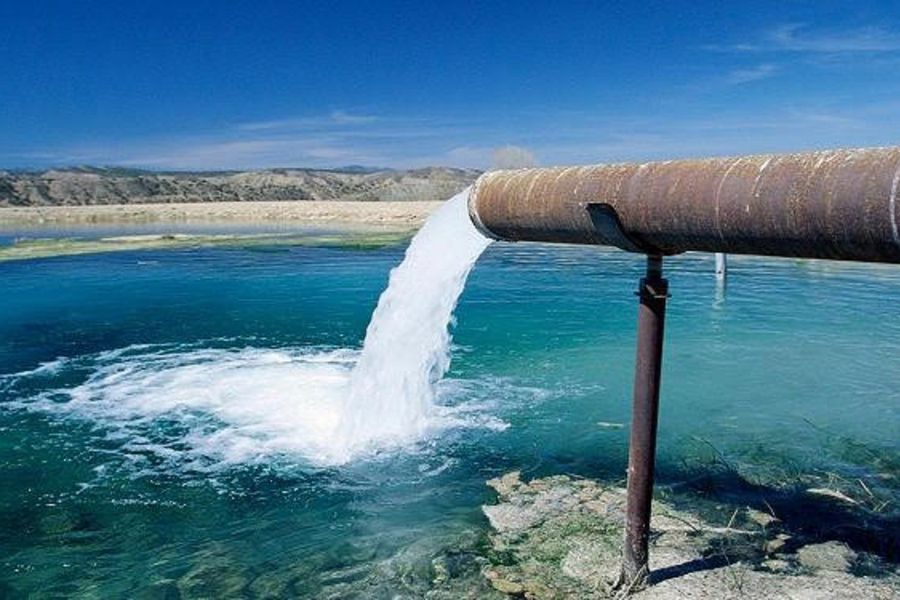 team of Researchers from the Faculty of Engineering and Technology (FIT) From the University of San Sebastian (USS), Concepcion headquarters, led by a Doctor of Environmental Microbiology at Bangor University (UK), Ivan Nancuchio, develops a technical prototype based on antacid bacteria to remove complex compounds and pollutants found in acidic mining discharges, leading to the spread of so-called “contact water” from mining.

These acidified watercourses are not industrial effluents, but when in contact with sites (in landfills, tailings or infiltration in underground mines), minerals such as copper, iron, sulfate or zinc are added that are harmful to water systems, preventing vegetation growth from affecting the water Surface, ground, or aquifers, with consequent damage to ecosystems and communities that are unable to use water resources for human consumption or irrigation.

The USS solution to this problem is a biological treatment From this water based on microorganisms that remove sulfates under acidic conditions, raising the pH of the effluent to ensure its use as irrigation water. Moreover, as a result of the microbial treatment process, the selective recovery of copper, in the form of nanoparticles, is improved, which constitutes an added value that other conventional acid mining effluent treatment processes do not have.

It was in 2016 when Ivan Nancuchio, 47, returned to Chile after more than a decade as a student and then as a researcher at Bangor University in the UK, at the Massachusetts Institute of Technology in the US and later working in Brazil, in mining valley, the second largest company in the world. A Valparaiso-trained biochemist and master’s degree in biochemical engineering has arrived directly in the capital of the Biobío region to join the team of researchers from FIT USS, who has become a research mogul at the frontier of science.

Although mining in that part of the country no longer has the importance it once had with coal, it was here, in the offices of the FIT, that Dr. Nancuchio began a comprehensive search for a scientific solution to stop the negative impact of mining on the environment, Especially in waterways.

His first step was to discover the existence of microorganisms called extremists The most famous are tartigrades – a concept that describes any organism that is capable of reproducing under harsh and hostile environmental conditions from the perspective of humans and from the vast majority of life we ​​know.

Within this group, the researcher focused on acid bacteria, able to grow in highly acidic conditions which generally have a high mineral content, because they are able to extract (“eat”) water-soluble minerals, such as copper, zinc, iron and sulfate.

The world was aware of this problem – the water coming into contact with the mining operations – on the land where the famous coal mining was developed in England. In our country, it is possible to find these microorganisms in abandoned mining sites, such as coal mining in Arauco province, where Ñancucheo arrived one day to look at the remains of some mission. Until that date, no one had described the problem.

A biochemist approached a pirquineros in the Curanilahue region, where he remembers it was Benedicto Huenchuleo, a miner from the region, who approached him to the uninhabited places, only to find what he was looking for: colored water, evidence indicating that the microorganisms they were looking for lived there.

More about formation to create

It was a surprise for him to see that that water, which he had once seen in Brazil and England, was available less than 100 kilometers from the FIT laboratory. It is precisely in the region of Kuranilahu that the first bacterial genus of our country was isolated and was not discovered and described in another part of the world and was baptized as “Acidiferrimicrobium australis“.

Moreover, these currents were also seen in Antarctica. This USS investigator learned from a geologist who detailed it in a paper, but who did not delve into the issue of microbes. This is the method proposed by Dr. Nancuchio to the Chile Antarctic Institute, being the winner of a project currently under development where samples were collected in January 2020.

In the cold of the extreme south, he obtained samples and was able to isolate the first acidophilus in the area, a brother of the above-mentioned microorganisms, whose rare properties include growing at very low temperatures, eating rocks and being very similar to those found in the northern mines.

Next, Nancuccio and his team set out to devise a technical solution in the FIT lab: a system called a bioreactor, a kind of “black box” where they control microorganisms that process acidic water and allow it in to return. corrected.

The necessary infrastructure was achieved thanks to the various funding that made it possible to verify that the process works on a laboratory scale. “This is the first stage and we hope to go up to a certain level to get to a pilot, and hopefully in a mining company in the future,” Nancuchio hopes, adding that nanoparticles have potential that will not only serve in mining.

Apart from the acidity of the water, they have a copper solution, which would allow to attract the elements of the circular economy, by recovering the existing copper, forming a mineral known as copper sulfide at the size of nanoparticles, reported with multiple technological functions by researchers at the global level. International.

In the words of the academician, nanoparticle-sized copper sulfide has a very high electrical potential, being classified as a semiconductor. Its use is even expected to be involved in the development of solar panels. Added to this is its application in biomedicine, where it can be used in treatments to eliminate cancer-causing cells. “They are value-added products that we can recover from water mining,” adds Nancocho, who worked alongside academics and researchers from the USS and Dr. Christian Canales and Gonzalo Recio, a recent expert on nanoparticles. A multidisciplinary team that seeks from Biobío to contribute to the country’s environmental challenges.

This USS project was one of 79 projects selected recently by the IDeA R&D competition, organized by the National Agency for Research and Development (ANID), in which 323 proposals participated.