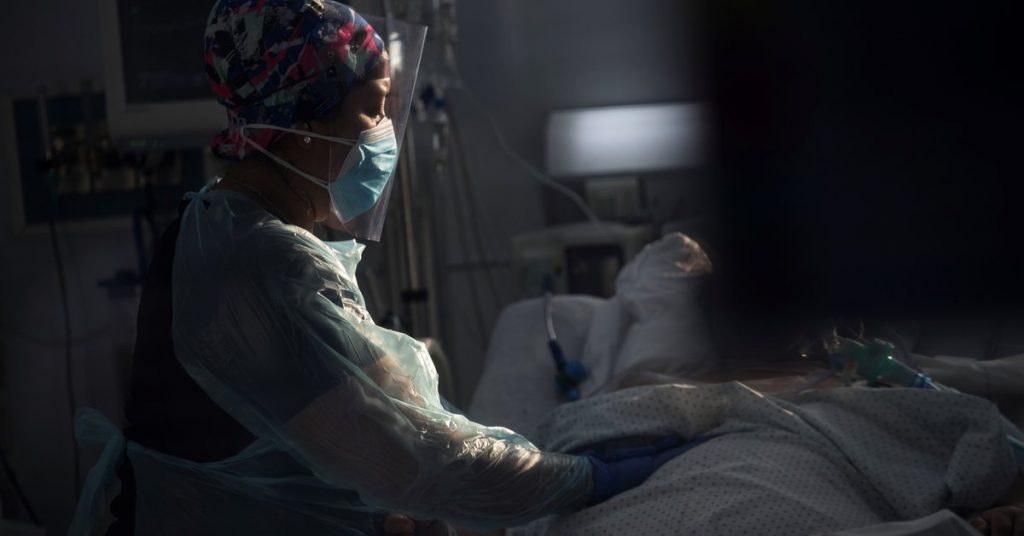 Health workers care for a patient infected with the COVID-19 virus, in the intensive care unit of the Clinical Hospital of the University of Chile (Photo: EFE/Alberto Valdés)

On Wednesday we met The metropolitan area of ​​Chile has the second highest occupancy rate for critical beds in the country, achieving 99% of the occupation of these resources. at the moment, There are 35 of the 2,571 enabled in this field.

The information was delivered through the intermediary third, indicating that until 1 June, The metropolitan area was overtaken only by the Aysén region, located in southern Chilewhose region has been severely endangered by the coronavirus, As none of the basic ten beds were available.

The report published today, also highlighted that from Tuesday There has been an upward disparity in admissions to intensive care units (ICU) in the country, which has been kept for the past week, It reached a 5.5% increase in the past seven days.

In addition, at the national level It was determined that 147 critical beds were available out of the 4,450 available beds, which equates to a sustainable occupation of 97%. areas such as Tarapacá or Los Ríos, They had 62 and 41 beds in the beginning, and in the last hours they only had one.

These numbers show, according to the information published, The last hours became the third worst day for the capital region Since the epidemic began, It was only exceeded by 27 June 2020, when there were 23 beds available, and 6 June 2020, when 20 beds were counted.

See also  In Lebanon, they found 40 tons of fish died due to polluted water - Uno TV

All of the above will obligate the authorities to: In the next few hours, efforts will be reinforced to expand the availability of critical beds to 5,000 units “To be able to accommodate demand,” according to forecasts you are dealing with from healthcare networks.

We must remember that during this Wednesday, the national COVID-19 report reports a slight decrease in daily infections: 5,631 cases were detected in the last 24 hoursIn addition to 41 new deaths added to the total of 29,385 cases since the beginning of the epidemic in the country.

Information collected by the Ministry of Health The alarms of the authorities blew up. For this reason, this is Various strategies are put together to prevent the system from falling into a final meltdown.

Critical Family Coordinator at the Ministry of Health Luis Castillo, confirming that from now on An attempt will be made to remedy this situation by operating Primary Care and all its emergency areas within these 24 hours.

But that was also expected He will be asked to assess the emergency condition of the patients. This means that, If the patient has respiratory problems, he should go to health care facilities, but in the absence of this complexity, The affected person should go to primary care services.

“The idea is to maintain the dynamic flow, so those waiting for the ICU bed and ventilator can get in. The average bed will be complementary to the important bed, and it will allow us to maintain ICU occupancy rates between 80% and 90%,” Castillo said.

High household occupancy rate and strong demand for the health system in Chile It even prompted the authorities to decide to suspend the activities programmed in the wards. That is, at least in the metropolitan area, these activities will be suspended.

According to Castillo, although activities in the ward have been resumed for two weeks, The interruption is likely to last “for several weeks, for as long as necessary”.And that in the case of the country’s regions, “it will be modified by the directors of health services according to their request to the family.”

Chile faces new outbreak of COVID-19: Concern is high household occupancy rate
Chile plans to vaccinate all its residents over the age of 16 by the end of June