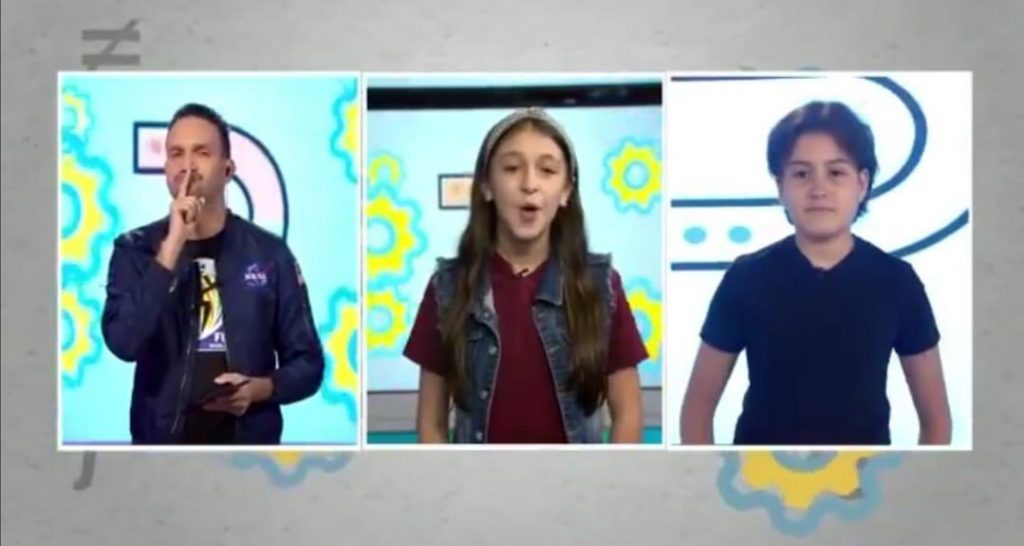 A science and interactive magazine program for kids, presented by Gerson Record and Nessie (Nothing is Impossible), a robot created by kids with recycled materials, Curious Minds broadcasts every Tuesday and Thursday at 2:00 PM and Saturday 10:30 AM, through the Sertv screen.

Television space has achieved, in just one year, international alliances with the United States National Aeronautics and Space Administration, known as NASA, with two Panamanian scientists represented in this prestigious institution.

For Catalina Sanmartin, deputy production content director, concept creator, “This project is the greatest satisfaction to me over my 30-year career, not only because we have shown amazing Panama scientists who have made important contributions to the country and the world, but because we also changed girls’ lives Who made them see science as an opportunity for life. “

“Curious minds” is the name of the production, as the presenter of Summer Sierra, who has only 12 years and 13K followers on her Instagram @summer account, confirms, “I’m excited to know that I’m helping other kids learn about science.”