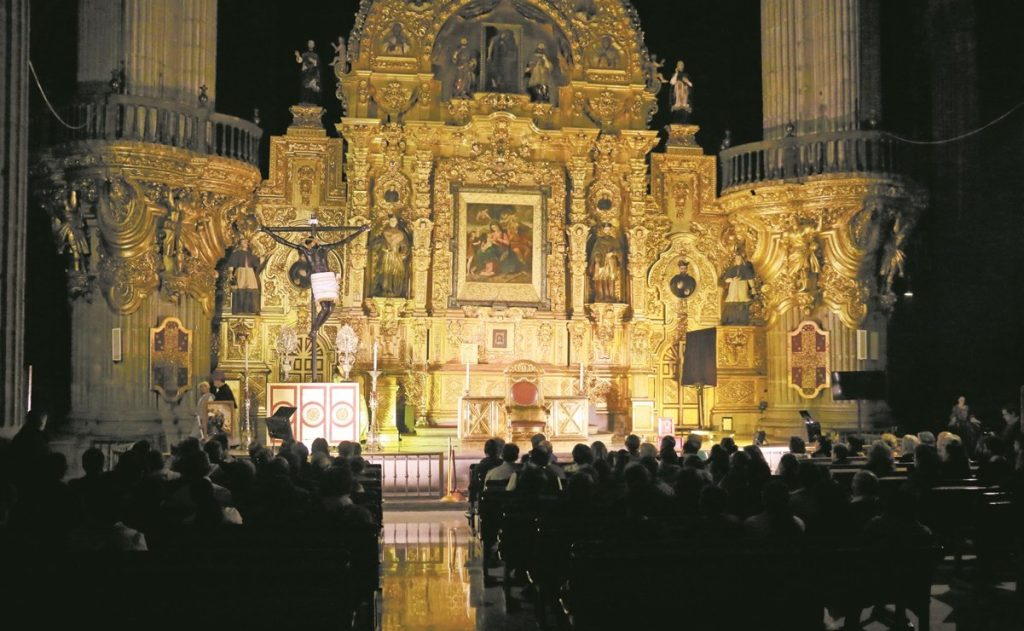 American newspaper Los Angeles Times, located in Metropolitan Cathedral of the Assumption of the Blessed Virgin Mary to Heaven, located in Mexico CityOne of the seven most beautiful cathedrals in the world Iberian America.

2021 Arts and Humanities website My Modern Met Also located in Metropolitan Cathedral As one of the 15 most beautiful cathedrals in the worldFor its architecture and history.

The cathedral took 240 years to build. It began in 1573 with the plans of the Spanish architect Claudio de Archenega and in 1657 the roofs were completed and the construction and interior decoration began. However, it wasn’t until 1813 when architect, engineer, and sculptor Manuel Tulsa completed the exterior works.

The front case is 54.5 meters and its height is 110 meters. It has two bell towers with 35 bells. Inside there are 14 chapels with altars, altar pieces, paintings and sculptures. On its facade you can see the Baroque, Corregian and Neoclassical architectural styles.

In the choir are two of the largest members of the eighteenth century on the continent. Under the Altar of the Kings the Crypt of the Archbishops was built where the remains of the bishops of Mexico remain.
The Metropolitan Cathedral, seat of the Archdiocese of Mexico, is the highest work of the Viceroy and the first cathedral to be built in the country. In 1987 it was named by UNESCO, the Cultural Heritage of Humanity.

A symbol of Mexico’s history, Mexico City’s cathedral has been the scene of extraordinary events, from the focus on the visit of Pope John Paul II, to the expressions of disapproval of interruptions by supporters of the former presidential candidate, Andres Manuel Lopez Obrador and daring acts such as those of Bob White,” El Hombre Mosca”, who climbed to the top in 1922.

The story tells that one of the temple bells accidentally hit the bell bell, for which he was killed, and was punished with silence. However, she was forgiven in 2000, during the Jubilee of the Incarnation.

History reads that during the tragic decade, in 1913, aspiring military school cadets captured the cathedral’s towers and other tall buildings to launch their attacks on the National Palace.

“The meaning of the cathedral for the world is interpreted as another site that contains a wealth of history and art. For Mexico, it is very symbolic, it is the first cathedral in Latin America and the first cathedral where evangelization began after the conquest,” according to information from official guides to the place.