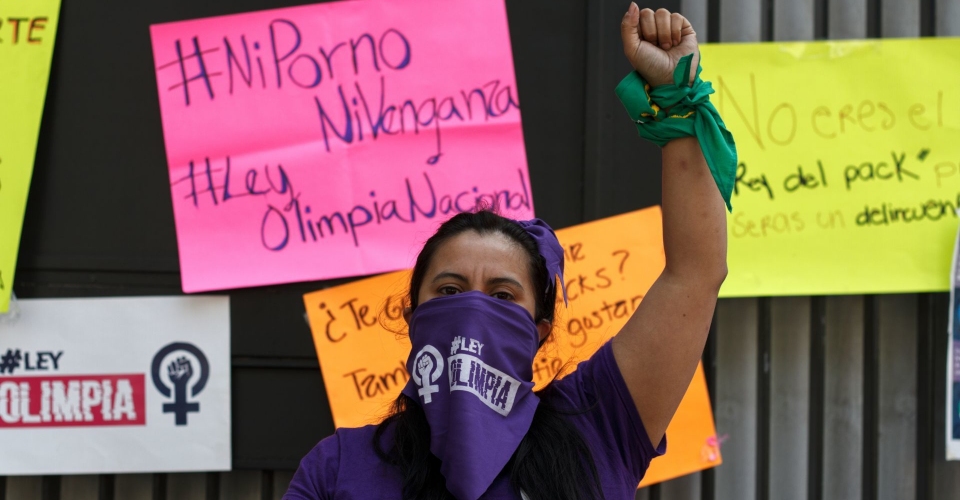 The Mexico City Security Secretariat made its first arrest in compliance with the Olympia Act, which provides for penalties against digital harassment, threats, and insults, as well as the publication of sexual content without consent.

The capital authorities explained that the arrest took place during a search conducted at a property in the city of Merida, in which they cooperated with the Yucatan Public Prosecutor’s Office.

The detained person was wanted by CDMX authorities after a complaint of a young woman who was tricked into obtaining pictures of her and then blackmailed.

According to FGJ-CDMX, the victim reported that through the messages, “someone pretended to be her friend and suggested to deceive the sale of intimate photos.”

Due to pressure and persistence, the young woman agreed to send the pictures, and then realized that the account they had written for her was not her friend’s account, but that it had already been blocked.

Then, the victim received calls from an alleged lawyer, who “offered to remove intimate photos from the social network and provide him with phone numbers and emails so that he can contact him and reach an economic agreement, as well as bank account details.”

After carrying out the corresponding investigation, the capital authorities discovered that the bank account belonged to a woman residing in Merida and that the deposits were directed to a man with a surname similar to the account holder.

Additionally, this same topic was found to be identified as a potential sexual harasser in a complaint filed in Merida, in 2018.

It might interest you: With the Olimpia law, a UNAM student manages that the student who took pictures of it was connected to the process

Accordingly, SSC-CDMX and the Yucatan Prosecutor’s Office began a joint effort to locate the subject matter and a search warrant and arrest warrant were obtained.

During the search, in addition to the arrest, five cell phones, three computers, SIM cards, and various documents were secured.

The detainee was transferred to Mexico City and placed at the disposal of a public prosecutor.

Olympia Law, which came into effect in January 2020, classifies and punishes harassment, threats, insults, and violation of private data and information, as well as publishing sexual content without consent, text, photos, or videos, real or modified through digital media. Media, social networks, apps, email, or any other digital space.

The law provides for a prison sentence of three to six years and a fine of 500 to 1,000 units of measurement and modernization (UMA) for violators.