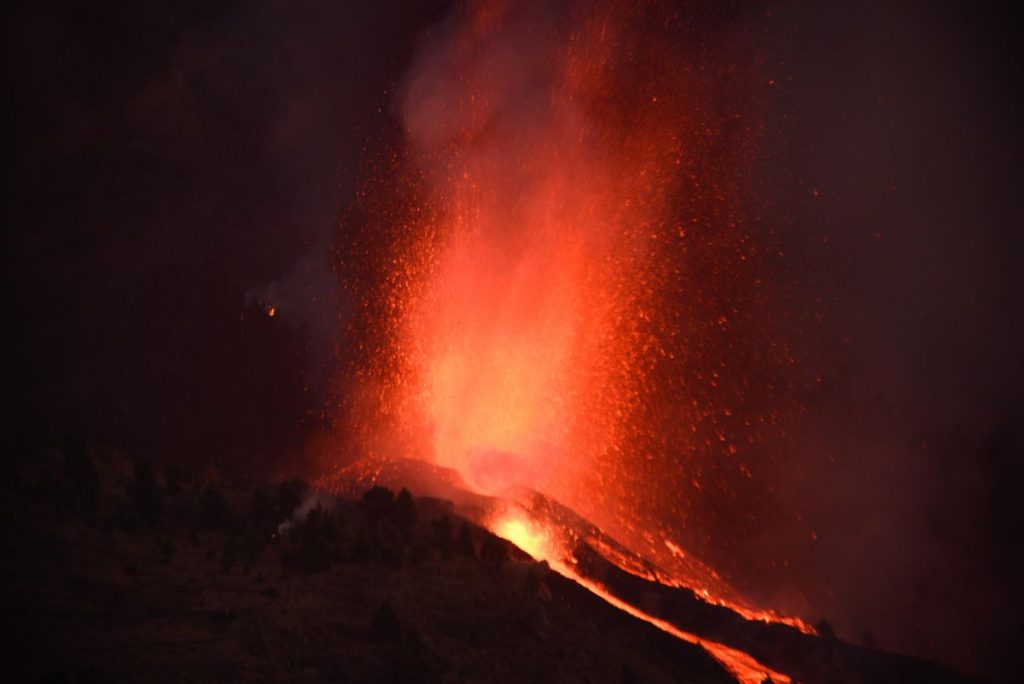 The volcanic eruption that began on Sunday at 3.30 pm on the island of La Palma is one of the historical eruptions that occurred in this volcanic archipelago and that will undoubtedly continue to exist in the coming years. As with the El Hierro eruption, 10 years ago, this new eruption has very similar characteristics to all the historical eruptions that have occurred on these islands. In other words, it is a strombolian-type eruption, initiated by the breaking and emission of lava and gases, and its duration can vary, in general, from a few weeks to a few months.

We must look for the cause of the eruption in the accumulation of magma (molten rock) at the base of the volcanic building in La Palma (between 6 and 8 kilometers in depth), magma that comes from the Earth’s mantle, generated in an area we call the hydrosphere and that it is located at a depth of a few tens of kilometers. In this region, the pressure and temperature conditions make it possible for the rocks located there to partially melt, thus generating magma. This silicate composition liquid, which contains rock remains, suspended crystals, and dissolved gases, has a density lower than that of the rocks in its vicinity. Due to the difference in density with surrounding rock, when magma accumulates in sufficient quantities, it tends to rise (due to buoyancy) toward more shallow areas, taking advantage of fractures already in the rock or that the magma itself can create. In this way, it will rise to low levels of pressure and temperature, and may accumulate at intermediate levels in the contact areas between rocks of different characteristics.

When magma accumulates in sufficient quantities, it tends to rise towards more shallow areas, taking advantage of fractures already present in the rock.

These areas of accumulation, which we call volcanic reservoirs or rock chambers, allow deep magma to accumulate near the surface, generating excess pressure that deforms and fractures the surrounding rock. This will translate into an increase in earthquakes and soil deformation as measured by volcanic monitoring equipment. In the same way, when the fractures open, gases are also released from the magma and will also be recorded by the same difference. This is how we can tell that the volcano is preparing for a new eruption. Indeed, in the case of this eruption at La Palma, this pre-eruptive process began on 9/11 with a very noticeable increase in earthquakes and ground deformation, as well as the emission of volcanic gases, which have persisted to this day. This made it possible to anticipate the eruption of the volcano and take the necessary measures to prevent it and reduce the potential risks associated with it.

An eruption that develops should not involve risks beyond those related to the location of the lava flows, which are completely terrain-controlled, and the accumulation of pyroclasts around the mouth of the eruption, which will eventually form the corresponding volcanic building. Volcanic gases, such as those derived from sulfur or carbon dioxide itself, are also present and must be taken into account because of the danger they pose, although they are restricted to the same areas as the previous products.

The duration of the eruption will depend on the amount of magma available to expel to the outside, which determines the excess pressure exerted from the magma chamber, and this stops when the excess pressure returns to equilibrium with its environment. Previous eruptions similar to the current one lasted from a few weeks to a few months.

See also  The US National Academy of Sciences is expelling biologist Francisco J. Ayala for being considered sexually harassing his colleagues | Science