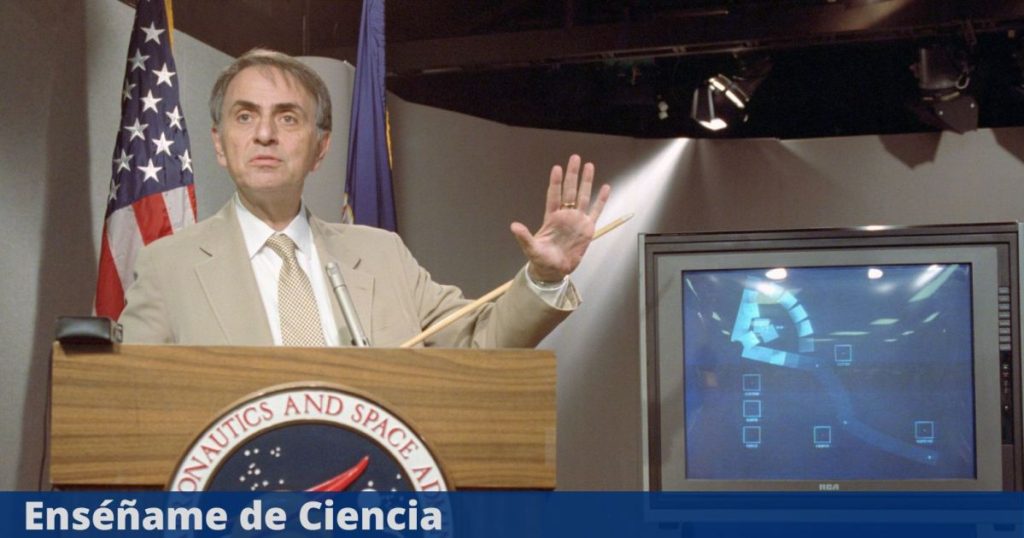 Carl Sagan was a brilliant scientist and communicator, he brought ideas to the world with words like no other. But it wasn’t always about complicated ideas, but he also spent time thinking about humanity. Sagan, best known globally for hosting the TV show “Cosmos,” has been predicting for more than 25 years, and it’s alarmingly accurate.

1995 in his book The Demon Haunted World: Science is like a candle in the darkIn this article, Sagan details how the scientific method helps reveal the most remote places in the universe. He seems to foretell the emergence of big technology and disinformation.

Between these pages the scientist points out how the search for peace and truth has been undermined by humanity’s old friends: myths and pseudoscience. Although the forecast specifically mentions the United States, the issues it reflects are global in scope.

Carl Sagan’s Predictions About America Since 1995.

From the world of demons pic.twitter.com/ZY6FNvMDKd

It’s been 27 years since this book was published, and today, the quote predicting the future of the United States has drawn a lot of attention on social media. In the passage from the widely circulated text, Sagan shares where society would go if it lost its liking for reason, rationality, and open-mindedness.

“Science is more than a body of knowledge. It is a way of thinking. I have an idea of ​​America in the time of my children or grandchildren, when the United States is an economy of services and information; When almost all major manufacturing industries go to other countries; When impressive technological forces are in the hands of a few, and no one representing the public interest can understand the problems; When people lose the ability to set their own agendas or purposely challenge those in power; When we cling to our crystals and nervously consult our horoscopes, our monetary capacities decline, unable to distinguish between what is good and what is true, we slip, almost without realizing it, into superstition and darkness.

Sagan, who died a year after the publication of his book, is usually portrayed as an optimist, although in some quotes he expresses deep concern about the future of humanity.

Carl is often described as the scientist who made us love the universe, “the one who made the universe more visible to the average citizen”. Help spread science by writing hundreds of articles and over twenty books. He received the Pulitzer Prize in 1975 for his book, Dragons of Eden. His television series “Cosmos” was one of the most watched programs in the history of public television. Viewed by more than 500 million people in 60 different countries.

According to the biography provided by NASAIn 1968, Carl became a professor at Cornell University, where he was also director of the Laboratory for Planetary Studies. “He was known as a pioneer in the field of exobiology, which is the study of the possibility of extraterrestrial life. He was one of the first to decide that life could exist on Mars. He constantly appealed to NASA to expand its exploration of the universe.”