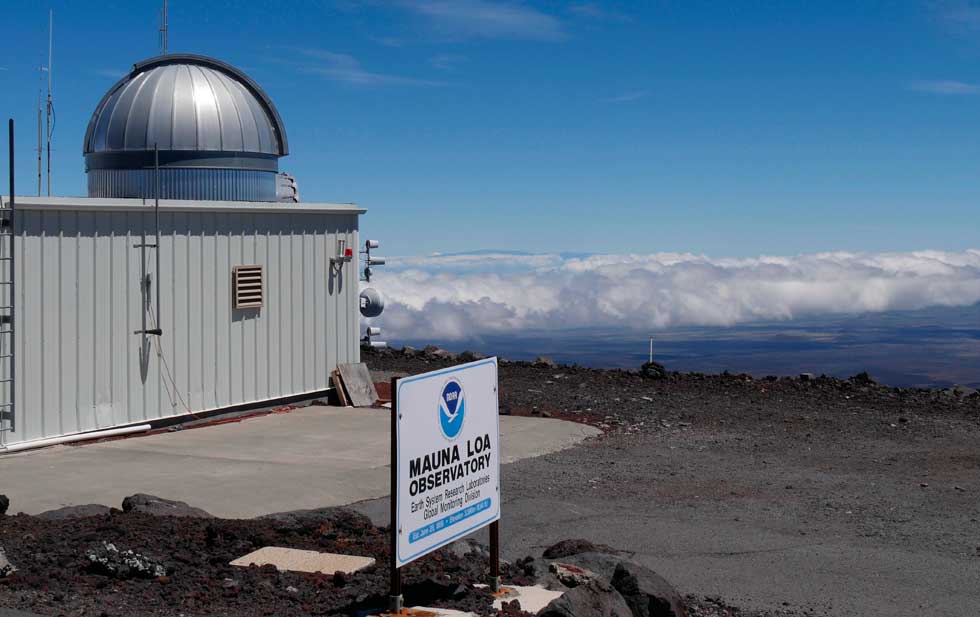 New York- Scientists reported Monday that the annual global rise in carbon dioxide has reached a dangerous level: It’s 50% higher than it was when the industrial age began, and the rate of increase is faster than ever.

The US National Oceanic and Atmospheric Administration (NOAA) indicated that the average level of carbon dioxide in May was 419.13 parts per million. That’s 1.82 parts per million more than in May 2020 and 50% higher than stable pre-industrial levels of 280 parts per million, NOAA climate scientist Pieter Tans reported.

Carbon dioxide levels peak each May before flowering in the northern hemisphere, absorbing some of this carbon from the atmosphere into flowers, leaves, seeds, and stems. Although the mitigation is temporary because CO2 emissions from burning coal, oil, and natural gas for transportation and electricity far exceed what plants can absorb, putting the levels of greenhouse gases on new records each year.

“Reaching 50 percent more CO2 than pre-industrial is really hitting a new benchmark and not in a positive way,” said Cornell University climate scientist Natalie Mawald, who was not involved in the research. “If we are to avoid the worst consequences of climate change, we have to work even harder to reduce carbon dioxide emissions the right way.”

Climate change does more than just increase the temperature. It makes extreme weather — storms, fires, floods, and droughts — worse and more frequent, and oceans rise and become more acidic, according to studies. It also carries health implications, including deaths from heat and more pollen. In 2015, countries signed the Paris Agreement to try to keep climate change below what are considered dangerous levels.

See also  Live: How to follow the path of Santa Claus from Google Maps