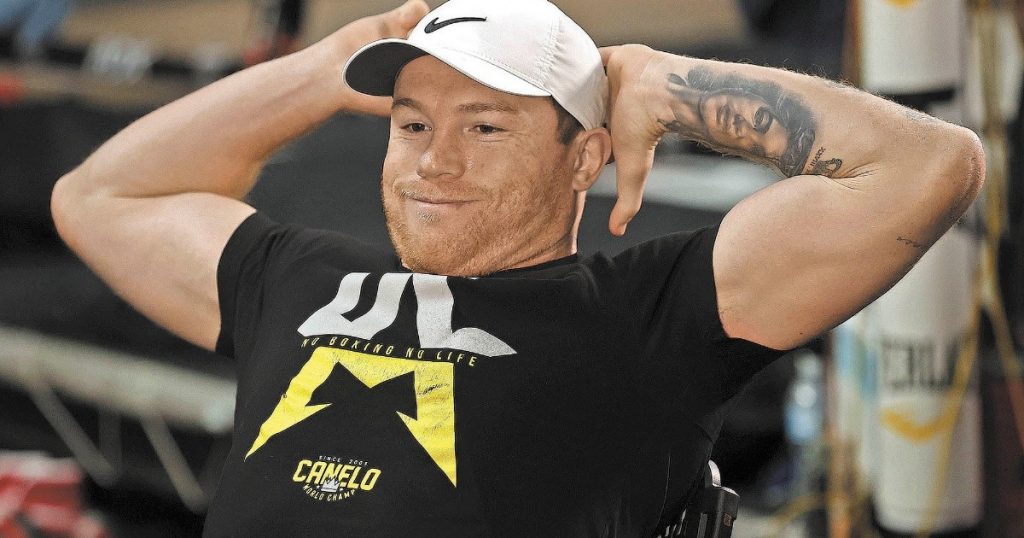 Sitting in an ivory armchair in the middle of his mansion, Canelo Alvarez talks about his business plans for real estate and gas stations. He relaxes his back and puts his right ankle on his left knee to talk about the $ 5 million he makes every three months from his house rent.

Minutes later, he changes position: throws his body forward and scratches his chin. Then he begins to talk about how to negotiate the release of one of his brothers with the kidnappers and why he does not trust the Mexican security system.

Saúl lvarez is not the prototype of a Mexican boxer who ends up in debt or the collapse of vices. He wants to be successful in business and a father who teaches his children that “not everything in life is easy.” El Canelo for 2021 criticizes his country’s politicians in English, as he is not afraid that the world will discover the corruption prevalent in Mexico.

Los Angeles Times journalist Manoc Akopian, who recently interviewed the boxer about his present and future, describes: “It seems that Canelo has opened up a lot and has less guarded his character since his split from Oscar de la Hoya.”

Alma Montiel, a photographer for the World Boxing Council for 14 years, adds: “Saúl was previously a secretive, he didn’t say anything, he didn’t have a lot of opinion, and he was very conservative and now talking about every topic I see Canelo is already more mature in all aspects, whether Boxing or character. It slept a lot, but it was always so simple. “

See also  America wants to settle the outstanding accounts with Monterrey, in the final of the CONCACAF Champions League

Alvarez ended his 10-year relationship with the Golden Boy (and Oscar de la Hoya) last November. Since then, he has competed two tournament matches as a free agent, accompanied by coach Eddie Renoso, earning $ 50 million and the WBC and WBA Super Middleweight titles.

In addition, these fights represented him twice as much as his audience last year with the Golden Boy: in December, against Callum Smith, 10.1 million people watched him, while in February, against Avni Yildirim, they were 9.7. In total, there are 19.8 million, double the 10 million who watched their matches against Sergey Kovalev and Daniel Jacobs in 2019, according to data from Nielsen-IBOPE.

In an interview with journalist Graham Bensinger, the Mexican blew up against the Golden Boy: “Those out there just want to see their interest, not the benefit of the fighters.” He also made it clear that he’s not interested in being a commentator or a promoter after his retirement. His brand, anchored in the sport, now deals with global critical discourse and more open communication.

“Canelo had to learn English while navigating in front of the TV camera, but now he speaks it fluently. The more it opens in English, the more he likes fans of all races and backgrounds.”

“He is the highest paying fighter in boxing, so naturally he has the opportunity to make a variety of investments. She works in real estate, banking, telecommunications and gasoline, to name a few. His business interests are as diverse as his abilities,” said Manoc Akobian, a boxing specialist.

Saúl Álvarez explains that he does not like to live in Mexico due to insecurity. But he is inseparable from himself, as he has led movements in networks to raise money and help children in dangerous situations. Altruism has become one of her strongest signs in recent months, and the potential of her image has been boosted among Mexicans living in the United States.

“He is a very strong person who knows what he is doing and will grow up even more. People in the US love him very much, and the Mexicans who live there admire him, he is their idol and they respect him.” Montiel, who has photographed Canelo since he was 19 years old, says, “You can’t imagine how they scream in ecstasy when They see it, it feels great. “

This characteristic of knowing what you want in your speech appears. In English interviews with Akopian and Bensinger, he stressed that he was not interested in comparing him to Julio Cesar Chávez: “There is only one Chávez and one Kanelo and everyone has his story,” although his streak is very clear beyond the sport. Jobs, because Julio suffered from financial complications due to vices, while Sal was never so contaminated with these problems.

Canelo will fight his third free agent battle on May 8 against Britain’s Billy Joe Saunders at the Dallas Cowboys Stadium. It will have a confirmed attendance of 70,000, a record for a boxing job at that venue (AT&T Stadium), surpassing 51,420 spectators imposed by the Mexican himself on Liam Smith in September 2016.

Despite his new, more outspoken and entrepreneurial persona, Alvarez doesn’t forget his sporting goal in 2021: to become the first boxer of all time to unify the middleweight superhero title.

To do this, he must be a recognized champion by the World Council (WBC), the Association (WBA), the Organization (WBO) and the International Federation (IBF). He already has his first two, against the Saunders, going to WBO and planning to hit the target in September, in an IBF competition against Caleb Plant.

Another argument would be in building his legacy, which is already a far cry from the prototype of the Mexican boxer. Saúl Alvarez has strengthened his discipline of heritage and is indifferent to criticism from those who do not know him; He prefers to invest time in his next job or smile as he watches his Tesla open the wings.