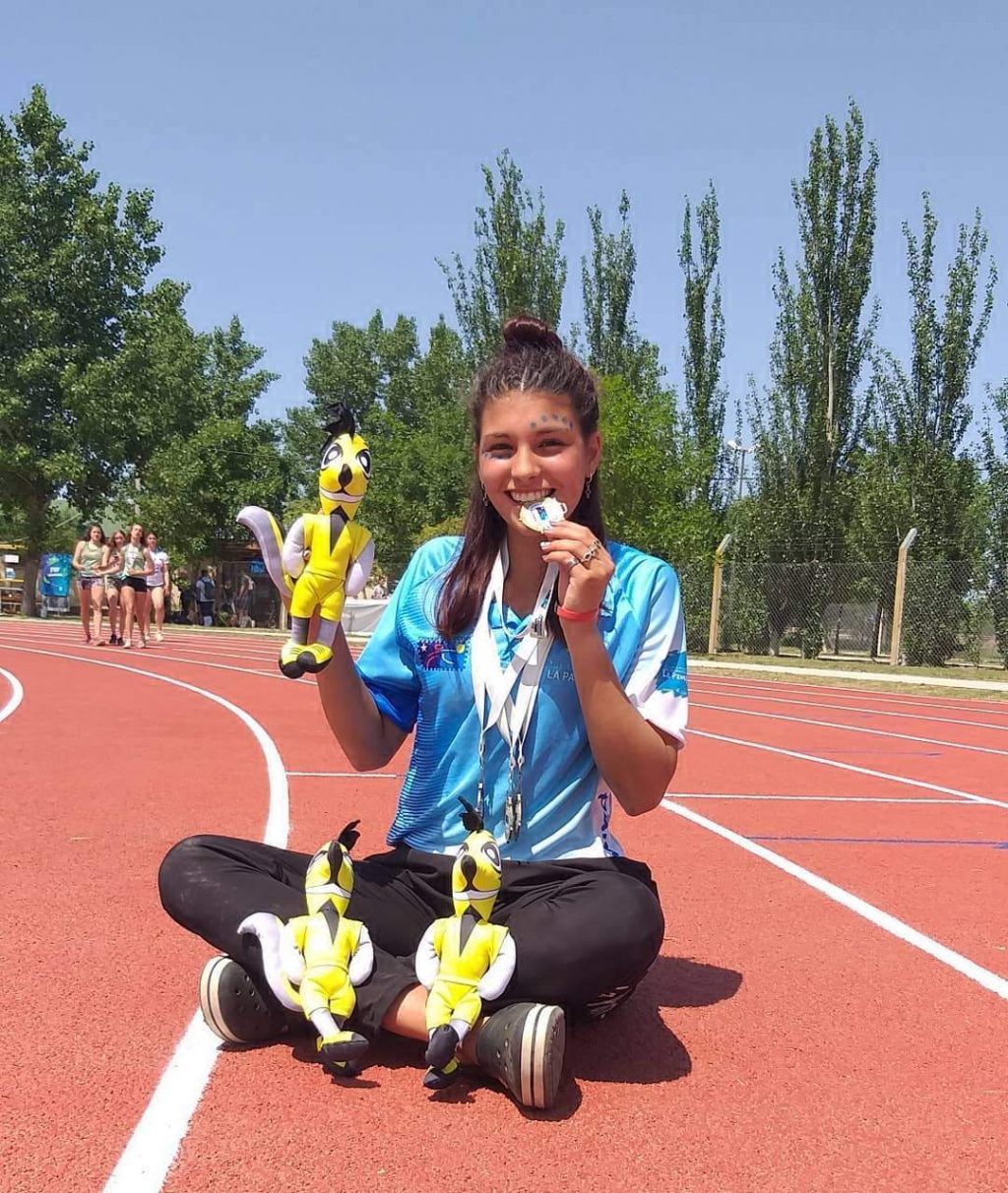 The athlete from Santa Rosa, Camila Hoya, in the last hours traveled to the United States, where she will continue her sports career, and received a scholarship from the University of Charleston in South Carolina. The bambiana, the last winner of the Caldin de Plata Athletics in 2019, has been delivering the news via her social media networks.

“I simply want to thank all the people who made all this I’m experiencing possible. “There are so many people who have contributed to me making today one of my dreams come true,” Hoya said with a photo with his parents and coaches.

The athlete, the 2019 U20 National Champion, a member of the Pampean Athletics Team who was already in her new city last night, was approached by several US universities, who offered her an athletic scholarship.

He finally decided to join the University of Charleston, which would give him the opportunity to study sports science while defending the colors of the House of Studies at American athletics events.

Recently trained by Raul Risso, Camila Hoya began training at the age of seven under orders from Marta Ayala, the current president of the Pampiana Athletic Federation. In recent years, he joined the training of Risso, whom he thanked on social networks.

“Achieve the dream”.
Camila Hoya, who won several medals at the last Araucania Games in 2019, declared that the goal would be “to strive for maximum performance in the United States”. “In recent years we have been training a little bit because of the restrictions. I hope to be in the best way to give my best,” the sprinter said in public statements, while wishing she would have the opportunity to wear the Argentine jersey.

“I am fulfilling one of my dreams,” he said on social networks. The call came through a friend of my family from Spain. He told us that he had the opportunity to study in the United States and train while defending the colors of the university.” From there, a resume was sent out listing all of his athletic scores. “I will do my best for Charleston.”

Meanwhile, Raúl Risso, his current coach at La Pampa, has bid farewell to Camila Hoya on his social networks. «Camila, last photo on the track before leaving in search of a new stage. You are now in the place for which I have prepared so much and have traveled in silence,” he posted next to a photo on the synthetic flooring path at Don Thomas Amusement Park. “Many successes have the conditions and you deserve them.”