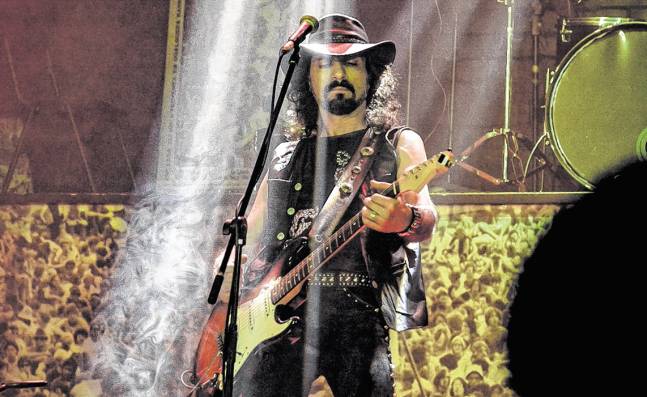 Named for the musical genre that grew out of African-American experiences in the southern United States and that leapt himself as the father of jazz, rock, soul, and other musical genres, he came to Cali with his heart notes, blues, and folk accompanied. and other traditional expressions of music at the annual meeting “Festival of Blues and Folk: Music from Here and There”.

The event, which takes place almost these days via the channels of the Centro Cultural Colomboamericano, and which will run until October 7, has for more than 15 years been a platform to revitalize and strengthen the music scene from its interpretation, training and trading operations.

In this version, the festival will consist of two components, one musical and one educational, where attendees will be able to take master classes with the artists and the youngest of them can conduct a ‘Voice of My Grandparents’ workshop as they work on a group musical composition.

You may be interested in: Controversy over the possibility of Maluma participating in the opening of the American Junior Games

The international guest for the occasion will be guitarist, composer and electric blues singer, Lisa Mann from the United States, winner of several awards, including the Blues Music Award from the Blues Foundation, for Best Guitarist.

His voice effortlessly crosses the line between the gentle warmth of the South and the strength of nature that he has refined by mastering everything from rock ‘n’ roll to the spirit of Memphis. The artist will perform a live concert on Saturday, October 2nd at approximately 6:00 pm via our live Facebook and YouTube channels.

In the meantime, the national quota will be responsible for Colombian artists Carlos Reyes, known as an influential blues rock artist in Colombia. “Blutónica”, a group of four polymath women; Cali Blues Brothers, Culebra Award winners for Best Blues Band in Southwest Columbia; ‘Abad & The Black Seeds’ are nominated for 2019 Subterranica Awards; “Gum Band”, a group of 20 musicians with a repertoire composed of film and jazz music; and the administrative Valle del Cauca band of 40 instrumentalists, with strong musical training and extensive experience.

All concerts are at 7:00 p.m. Programming can be found at www.colomboamericano.edu.co and in the networks of Centro Cultural Colombo Americano Cali.