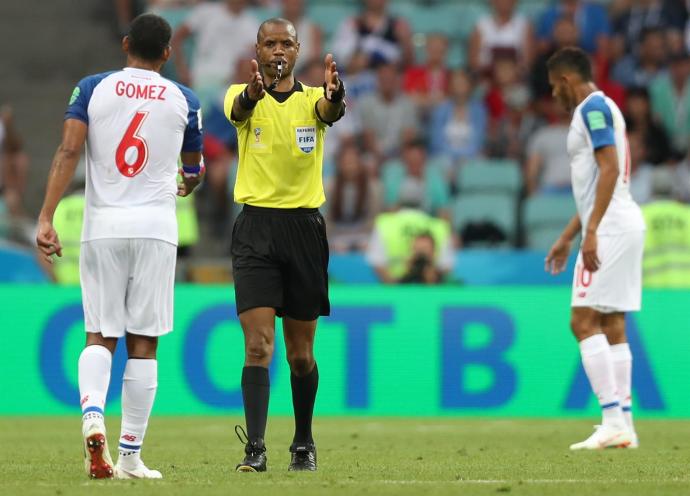 Sports Writing, Jan. 13 (EFE). The Confederation of African Football confirmed in a statement that it is collecting reports about what happened in the match between Tunisia and Mali, in which the Zambian referee, Jani Sikazwe, blew the whistle at the end of the match. twice early.

In connection with the Africa Cup of Nations match between Tunisia and Mali that was held in Limbe on January 12, 2022, the Confederation of African Football (CAF) is compiling all necessary reports from the referees present at the match.

Likewise, it specifies that it is “sending these documents to the appropriate CAF bodies” and that at this time it is “not in a position to make any further comments until the responsible bodies indicate the way forward”.

The first time he decreed an end occurred when there were still five minutes to play to reach the mandatory 90, which caused angry protests by both the players and the Tunisian substitute, who managed to persuade the referee to resume the competition.

But, soon after, the referee came back to blow the final whistle before time. He stopped the match to review video footage of the movement that cost Malian striker Bilal Toure in the 88th minute and decided the match was over with 15 seconds left.

The strange scene ended, forty minutes after the end of the confrontation, the players of Mali again jumped onto the pitch to contest the time remaining to play.

Neither the Tunisian team, who did not return to the field, nor the referee, Gani Sikazoui, who was replaced by the fourth official, who was responsible for ending the match finally, did not come.

What happened put football in the background, in a match in which Mali won with a penalty kick in the 48th minute by striker Ibrahima Kone. Tunisia had the opportunity to equalize in the 77th minute when Malian goalkeeper Ibrahim Monkoro saved a penalty kick by Wahbi Khazri. EFE