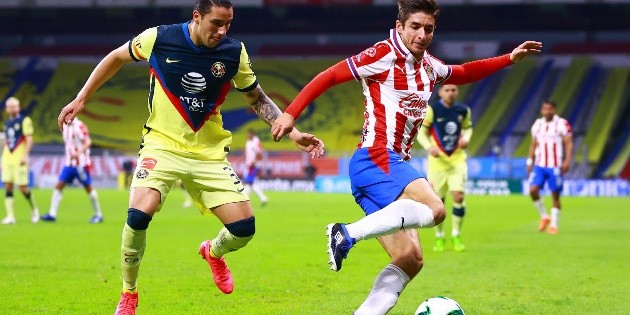 Chivas’ right midfielder Isaac Brizuela says that even in terms of matches he won or lost against America, in a quick balance he made, therefore, for him, the video that the Eagles had taken to say that they are the herd’s worst nightmare, there is no truth.

“I don’t think about the reason, and thank God, many El Clasico have touched me. I think I am in the middle in terms of gains and losses, Because yes, they eliminated us in the first Liguillas that I had to play in Chivas, but later in the following tournaments, we have to eliminate them or win them in the tournament; I had to be equal, but no, I don’t consider America to be Chivas’ worst nightmare“.

The nationalism that we witness while you are in Guadalajara does not have any other team in Mexico, because they represent millions of people, it is like saying that a Mexican team plays and it shows every time the team plays somewhere other than Mexico, because it is always Chivahermano’s gift.

“They tell us,“ Stop saying that they are only Mexican, this is their answer to all the questions that we ask them. ”As a nation we must defend this seal and know that playing in your country, in Chivas and representing many Mexicans should make you feel proud. Knowing that you go to Another country, the United States, and you have a lot of fans who support and encourage you, it speaks to this greatness. “

“Bunny” was reflexive in all respects, think of the fans, of his efforts to always support his team, whether on the field or from a distance, and he admits that sometimes. This passes to the player, so if there is any outstanding debt, in the National Classic against America, they want to pay it off.

“Sometimes we don’t realize what it means to be in Chivas, and I think we should take this in the best way, knowing that so many people are doing their best for these colors. Many fans like their team to be in first place places and we as players should We represent this shirt in the best way and live it with great passion because it is a unique opportunity to be in this institution. “