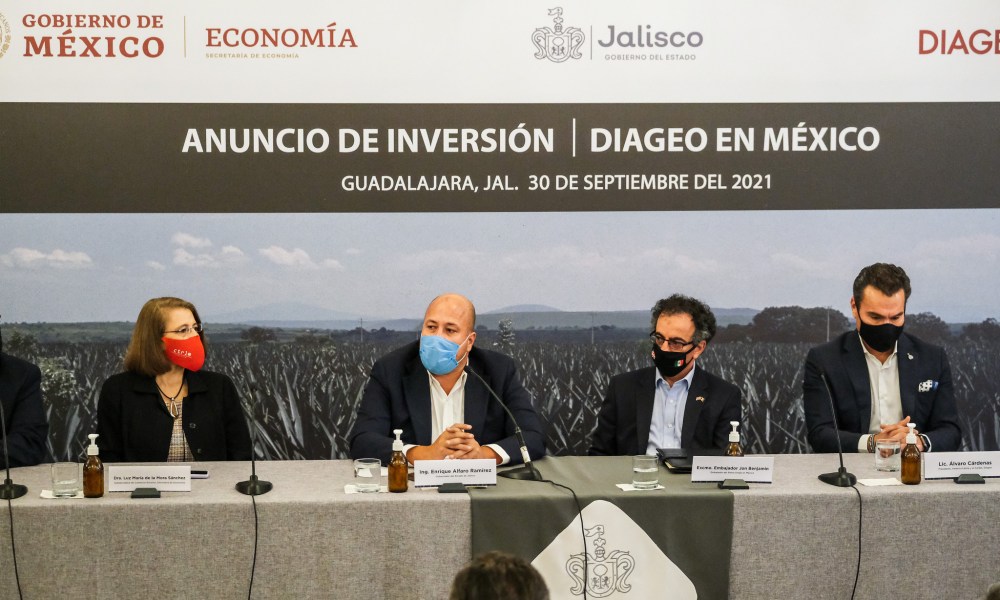 Diageo, which emerged in the UK and currently owns the Don Julio tequila brand, will open new facilities in Jalisco, investing just over 500 million pesos and representing the creation of about a thousand new jobs.

The new facilities will be in La Barca, but it will also expand those already in Atotonilco, highlighting that tequila sales in 2021 grew by 79%. “We teach the world to drink better, not drink more,” as 8% of Diageo’s sales were from Don Julio tequila, which is made in Jalisco.

For her part, Los María de la Mora Sanchez, Undersecretary of the Ministry of Economy and Foreign Trade, indicated that there are $16 billion in investors from the United Kingdom in the country, and highlighted the agreements between the two countries.

“This will allow us to continue to progress in deepening trade of over $4.5 billion, we want to return to pre-pandemic levels and certainly with this investment announced by Diageo, we will continue to strengthen that trade.”

At the event, the Governor of Jalisco, Enrique Alvaro Ramirez, applauded the investment and took the opportunity to make a call to the tequila producers present: The producers should have their financial home in Jalisco, because that involves the greatest depth to be able to measure the true size of our economy.”

They are ready for the certification process as a deforestation free product.