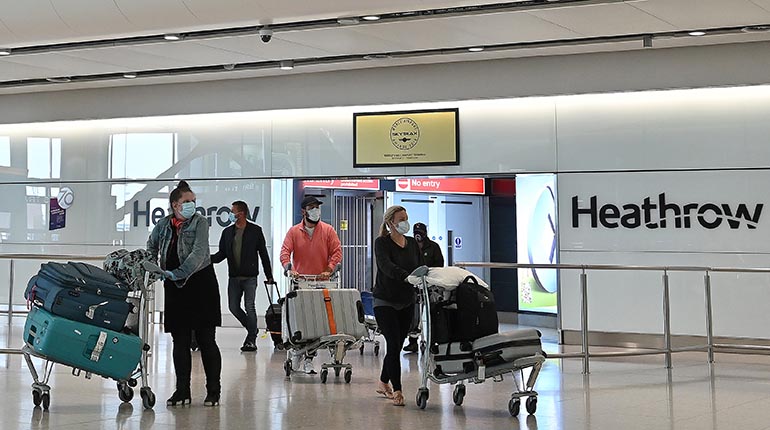 British residents of France, even if fully vaccinated, will be required to self-quarantine upon arrival in Britain, the British government announced on Friday.

The executive had earlier announced that people living in the United Kingdom and on a full vaccination program should not be isolated until Monday if they came from countries on the so-called “orange” list, which includes European tourist destinations such as France, Italy . Or Spain…

But the health ministry said in a statement that it eventually pulled the French country out of the rule due to “the persistent presence of cases of the beta version in France, the first to be identified in South Africa”.

As a result, anyone who has been in France in the ten days prior to their arrival in England will have to undergo COVID-19 tests, including their home, and two and eight days after their entry.

The United Kingdom is one of the countries most affected by COVID-19 in Europe, with more than 128,500 deaths.

Infections have skyrocketed in two weeks, exceeding 50,000 daily cases this Friday, a figure not seen since January.

Still, Prime Minister Boris Johnson announced the lifting of almost all restrictions in place as of Monday.