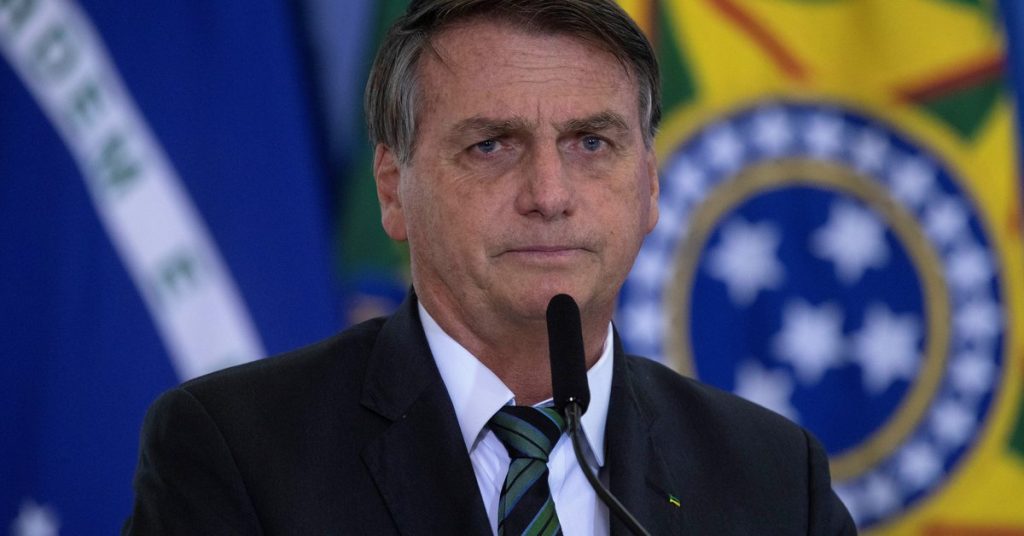 Brazilian Environment Minister, Ricardo Salles, He resigned Wednesday amid an investigation against him for his alleged involvement in an illegal scheme to export timber to the United States and Europe.

I have submitted my resignation (to the President Jair Bolsonaro), which was accepted,” he announced in Brasilia to the press. The former public servant was one of the most questioned ministers, especially because of the increase in the number of Deforestation in the Brazilian Amazon and disassemble Environmental protection programmes.

As Salis mentioned it He will be replaced by Joaquim Alvaro Pereira Light, of the Amazon and Environmental Services Ministry of the Environment.

At the end of May, justice ordered the investigation of the former official for his alleged involvement in an illegal scheme to export timber to the United States and Europe.Which he always denies. Since then he has been under public pressure and rumors have spread that he might resign.

Despite the criticism, He continued to get public support from President Bolsonaro, who said after the investigation was opened that he was an “exceptional minister.”, but faced obstacles in doing its job due to some “interested” sectors of the Attorney General’s office and “environmental Shiites”, as they usually define state environmental watchdogs, such as ICMBio and Ibama.

Indigenous peoples, academics, national and international environmental organizations They accused Bolsonaro’s government, and in particular Minister Salles, of supporting the escalation of deforestation in that country. It is considered that during the management period the resources of the control organisms were reduced and the opening of the Amazon region to agricultural and mining activities was praised.

See also  Ecuador: - Arouz thanks the Ecuadorians who said "stop betrayal" and voted against "neoliberalism"

Salis was also upset with the agribusiness sectorsConsidering that its environmental policy harms the country’s international image as an agricultural export power.

The Brazilian Public Prosecutor’s Office asked the Supreme Court to investigate the then Environment Minister, Ricardo Salles, for allegedly interfering with investigations and audits of environmental crimes in the Amazon region.

The application is signed by the attorney general. Humberto Jacques de Medeiros, was based on A complaint filed in mid-April by the then Director of the Federal Police of the State of Amazonas Alexandre Saraiva, in which he indicatedinfractionsAt the disposal of the Minister and other officials of the portfolio.

Brazil’s government has been questioned about its environmental policies (Photo: EFE)

in this occasion , Saraiva reported that Salles and other authorities interfered with the investigations related to Operation Handroanthus, which culminated in Record seizure of 226,763 cubic meters of wood allegedly illegally mined in the Amazon, in addition to the performancePublic Defense for the loggers investigating the operation“.

On Monday, the Public Prosecutor’s Office called for a deeper investigation into the caseConsidering that in the files of the complaint submitted by Sarafa, they were referred to “Different episodes of performance of those servers“aim”Encouraging the regulation of irregular export shipments“.

This scenario, in general, demonstrates the need for deepen your search Of the facts reported to the Office of the Prosecutor General and the Federal Supreme Court, referring to the actions of the said political agent,” Medeiros emphasized.

In the document, the prosecutor asked the judge Carmen Luciacase teacher, Authorization for the Federal Police to take statements from the owner of the bag and from the others mentioned, among other procedures. In the case of licensing, This will be the second investigation directly affecting Salis that is overseen by the Supreme Court.