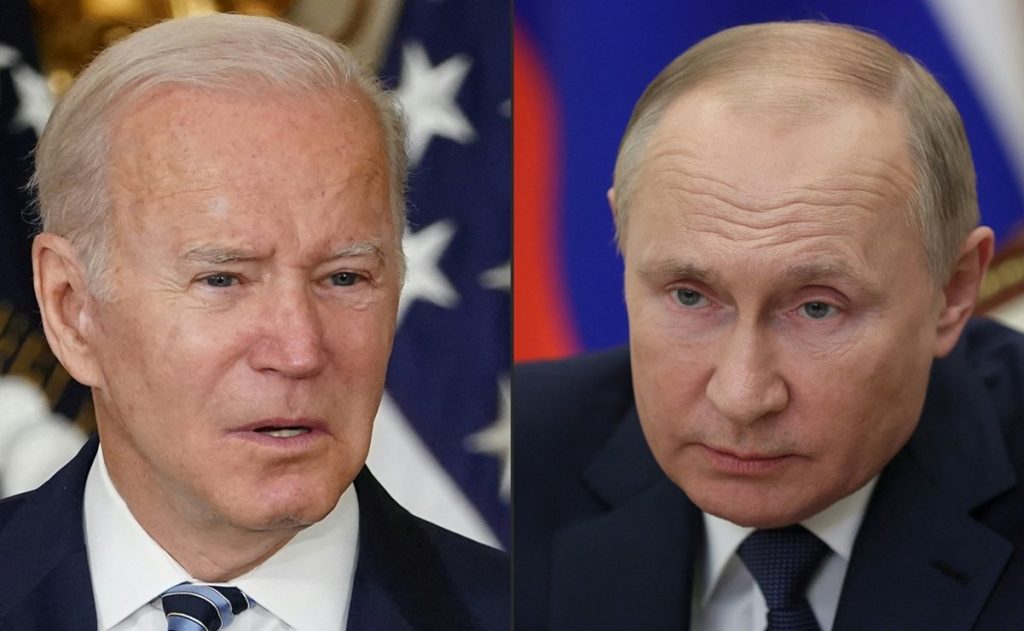 Washington: The President Joe Biden He warned his Russian counterpart on Thursday Russian President Vladimir Putin That the United States will “respond firmly” to any Russia’s invasion of Ukraine The White House said a “de-escalation” was necessary to find a diplomatic solution to the crisis. For his part, Putin said that new sanctions against Moscow would be a “fatal mistake” that could lead to a “complete collapse” of relations.

“He made it clear that the United States and its allies and partners would respond forcefully if Russia invaded Ukraine further,” Biden’s spokesman said, during a roughly 50-minute call with Putin. Jin Psaki It is a statement. In 2014, Moscow annexed the Crimea.

Biden endorsed diplomatic efforts, “starting early next year with the bilateral strategic stability dialogue, in OTAN across the NATO and Russia Council, and in Organization for Security and Cooperation in EuropeThe spokeswoman added.

The memo added that “President Biden reiterated that substantial progress in these dialogues can only occur in an environment of calm, not escalation.”

The American leader stayed at his home in Wilmington (Delaware), where he moved to celebrate the New Year.

In a photo released by the White House, Biden is seen sitting at a desk filled with family photos and wearing a dark blue suit with a matching engraved tie while holding a handset.

The call, coordinated at the express request of Moscow, was the second direct contact between the two rulers this month, after a video conference on December 7.

Kremlin spokesman, Dmitriy PeskovHours ago, I expected that Thursday’s conversation would be a continuation of that virtual summit, and that “a series of current issues related to consultations scheduled for January 10, 11 and 12” would also be discussed.

In Moscow, Yuri Ushakov, the Kremlin’s diplomatic adviser, said the discussion between Biden and Putin was “frank” and “concrete”.

Putin warned that imposing sanctions could lead to a “complete severing” of relations between Russia and the West.

Read also: “What would happen if we put missiles in Mexico?” Putin asks amid tensions with US

This would be a fatal mistake that could lead to dire consequences, the most serious of them. “We hope that will not happen,” the chancellor added.

Ushakov said Putin was “satisfied” with the call, but warned Biden of the need for a positive outcome for Moscow in upcoming security talks, which would not last indefinitely.

“We need a result, and we will continue to insist on a result to ensure Russia’s security,” Ushakov told a news conference.

This month Russia launched a series of demands to resolve tensions in Ukraine, which included guarantees that NATO (OTAN) will not expand further towards its borders, and if it does not build new US military bases in the countries of the former Soviet Union, which Moscow considers its sphere of influence.

“Negotiations should not become a talking point,” said Ushakov, who did not elaborate on the timeframe the Kremlin is considering on the issue.

Read also: The United States accuses Russia of “escalating” the border with Ukraine; They hope to continue the conversation