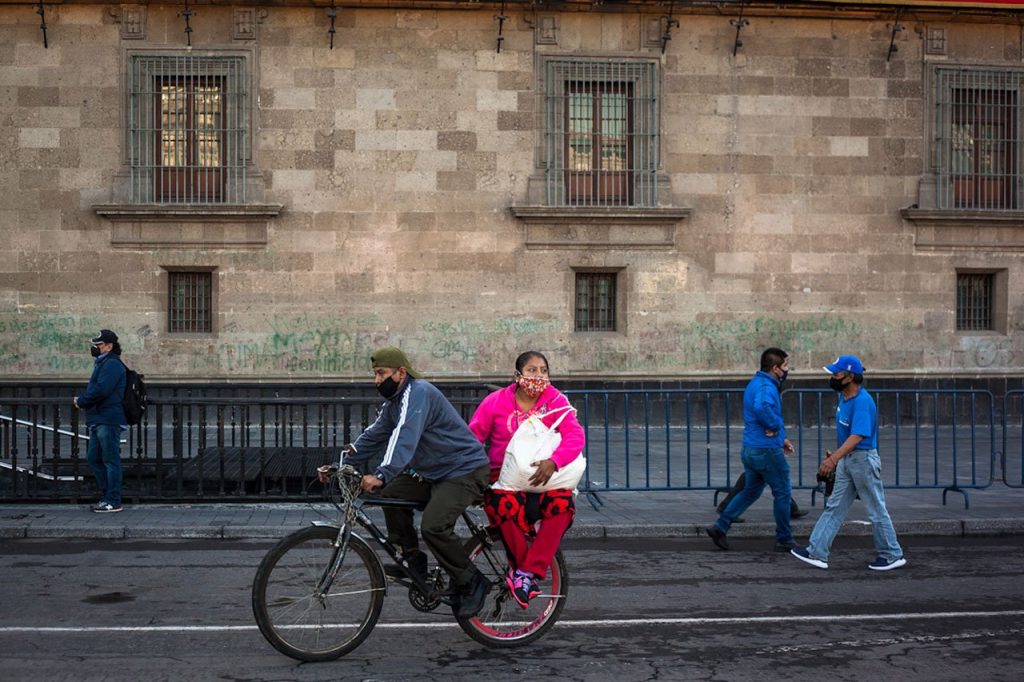 Despite the fact that this year the Mexican economy will record a recovery after the impact of Covid-19, the country will return to its pre-pandemic growth range until the end of 2022 or the beginning of 2023; However, the per capita GDP will recover until 2026Carlos Serrano is the chief economist of BBVA Mexico.

During the presentation of the “Mexico State” report, he referred to that In 2021 we expect GDP to increase by 4.7%, 3.2% higher than previously estimated; While they expect it to rise by 2.8% in the following year.

“It’s a bigger recovery than we thought. This is largely due to increased pressure from the United States on vaccinesBut we have to be careful, we are still talking about an incomplete recovery. Unlike the United States, which this year will reach the level of GDP it was before the epidemic, Mexico still will not. “

In fact, Carlos Serrano said soConsumption in Mexico will fully recover until 2023, But the country’s per capita income will not return to what was observed before the Covid-19 pandemic until 2026.

Mine: Walmart shivering: You can now set up a supermarket in Soriana via Mercado Libre

It is that, as indicated, H.This incomplete recovery is a result of the fact that the country experienced more contraction in 2020 compared to other countries Developed and even from Latin America, such as Brazil, Chile and Colombia.

This is due to both structural weaknesses, as Mexico has a more formal economy and a more fragile health system. He explained that Mexico was one of the countries most affected by the Covid virus … We also believe that the fact that there was no financial response to counter-cyclical fluctuations caused the fall of Mexico to be stronger than other countries. “

Serrano highlighted the recovery in the export sector, which he estimated will continue this year and next, as a result of the revitalization in the United States, which will be the strongest engine of the domestic economy.

In addition, BBVA economist said that The epidemic is expected to increase inequality among Mexicans, Because job creation was affected by the emergency, as was the income of a segment of the population.

A crisis can leave an increase in inequality. Those who kept their jobs increased their savings rate and they would be better off. But those who lost it or went to a more dangerous event would be in a worse situation and it would lead to increased inequality in the country. “Policies must be applied to reduce the inequality caused by the crisis,” Serrano said.

In this sense, explain it The country’s jobs will continue to recover through 2022. As there is currently a gap of 588,000 formal jobs compared to the employment figures that the country maintained before the health emergency.

Serrano commented on this by saying that women in this environment are the sector most affected by unemployment, because confinement has led children to enroll in remote classes, a situation that has forced many of them to leave their jobs to devote themselves to caring for their children.

Faced with this scenario, he suggested so As part of the vaccination strategy, teachers enjoy privileges, To resume lessons face-to-face and moms to return to work.

The decline in investment remains a concern

Also , BBVA’s chief economist insisted that what remained of concern was the drop in investmentWhich is 10% below preschool level, and in a challenging environment in the future.

The country will have a lower potential growth rate, first due to the damages of the epidemic and secondly, due to the investment behavior. There is no indication that it will increase productivity. Lower investment means lower levels of capital. “