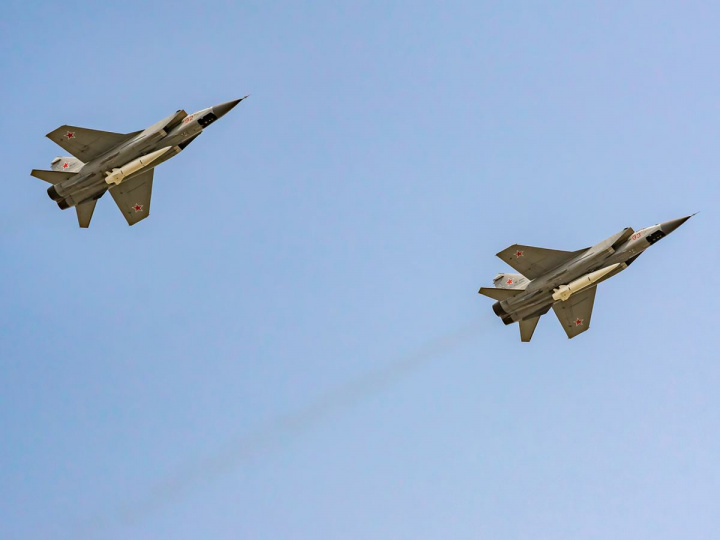 On April 5, Scott Morrison of Australia, Boris Johnson of the United Kingdom and Joe Biden of the United States from the AUKUS Collaboration submitted an additional defense project for the Indo-Pacific.

The goal of this joint declaration — which has been developing nuclear-powered submarines for Australia since 2021 and has been the subject of a diplomatic dispute with France — is to make clear that it will also include in their plans, trilateral cooperation to build hypersonic missile submarines for attack and defense, as well as the development of electronic warfare capabilities. .

These initiatives, the British government statement declared, complement capabilities that will allow the three members to maintain strong levels of deterrence, while the UK’s Indo-Pacific region represents “a critical space for the development of its economy and your safety.” The tripartite cooperation embodies its efforts to support and meet “open societies”. It is not surprising that China takes these statements with caution, today and when the agreement was presented in October 2021, in which the need to rebalance the military capabilities of China and Western allies in the region was explicitly mentioned. In this sense, Chinese Ambassador to the United Nations Zhang Jun said on April 5:

Whoever does not want to see the Ukrainian crisis, should refrain from doing things that might lead other parts of the world to such a crisis.

As the Chinese proverb says: If you don’t like it, don’t impose it on others. Settlement.

On the economic level, it is clear that AUKUS cooperation represents a space for the development of investments in defense and security. This has been proposed by the UK government, not only in order to limit investments to building submarines but also including the development of electronic, aqua and artificial intelligence technologies.

With regard to the agreement, the British Parliament agrees to consider the two possibilities arising from it. On the one hand, in fact, it is believed that the development of the submarine fleet will allow Australia to maintain an operational capacity in the face of the growing security challenges in the Indo-Pacific seas. On the other hand, this may be an excuse for more countries in the region to start an arms race that could lead to conflict. Even if the submarines are powered, not armed, and nuclear, what are the implications for international efforts? non-proliferation.

In 2021, the cancellation of a contract for conventional diesel-powered submarines, the origin of which will be France, deteriorated diplomatic relations between Australia and President Emmanuel Macron. The Australians allied themselves with the United Kingdom and the United States to gain access to nuclear propulsion technology for submarines.

In fact, France concentrates the largest European country presence in the region with the islands (French provinces) of New Caledonia and French Polynesia, which have 1.6 million French citizens. In addition, in 2019 they have already started to work Frigates sold by France to Malaysia And it has been gathering since 2017. Another important ally of France is India, which it acquired in 2020 36 Rafale fighter jets worth $9.4 billion amid tensions between China and India over the border region of Ladakh in Kashmir, where skirmishes took place in 2020.