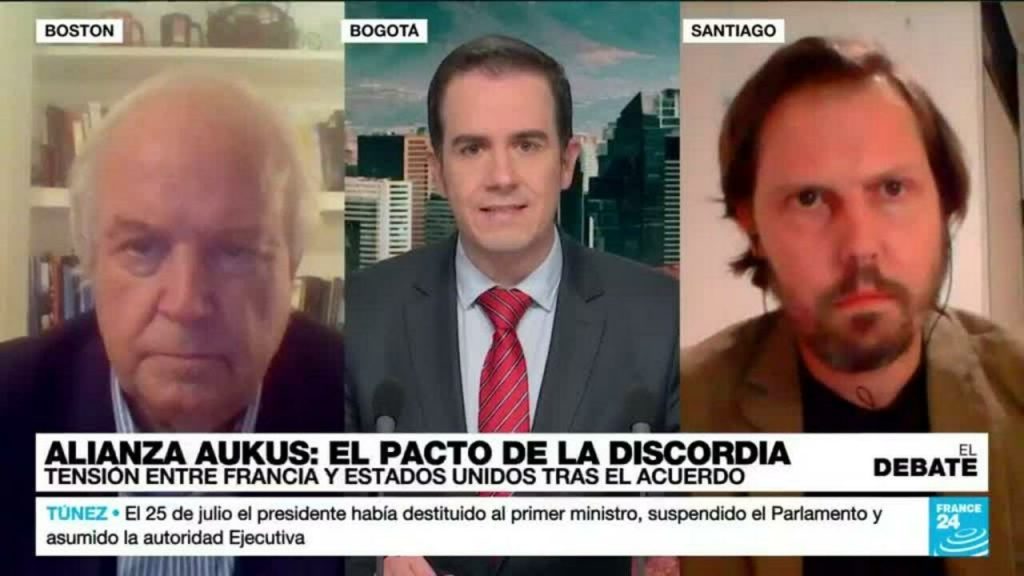 The goal of this most resonant agreement was the fact that Australia would be able to assemble nuclear-powered submarines, even though that country had assured that it would not have nuclear weapons. Previously, France and Australia had already cooperated on a binding agreement since 2016, which included an order for a series of attack-class submarines, but it has now been canceled.

This diplomatic crisis between the United States and France ranks as the worst in two decades. The Elysee ordered the withdrawal of its ambassadors to the United States and Australia, although they had already announced that they would return to their delegations. French President Emmanuel Macron and his American counterpart Joe Biden will meet at the end of October within the framework of the G-20 and a month later in Glasgow, Scotland, within the framework of COP26.

The controversy over the AUKUS alliance is the topic that we analyze in this edition of The Debate with the help of our guests:

– Jorge Heine, Professor of International Relations at Boston University and former Chilean Ambassador to the Government of the People’s Republic of China.

– From the France 24 study, we are accompanied by Tatiana Gilves Rubio, President of the Latin American Association for Asian and African Studies (ALADAA) Colombia Branch and a university professor.