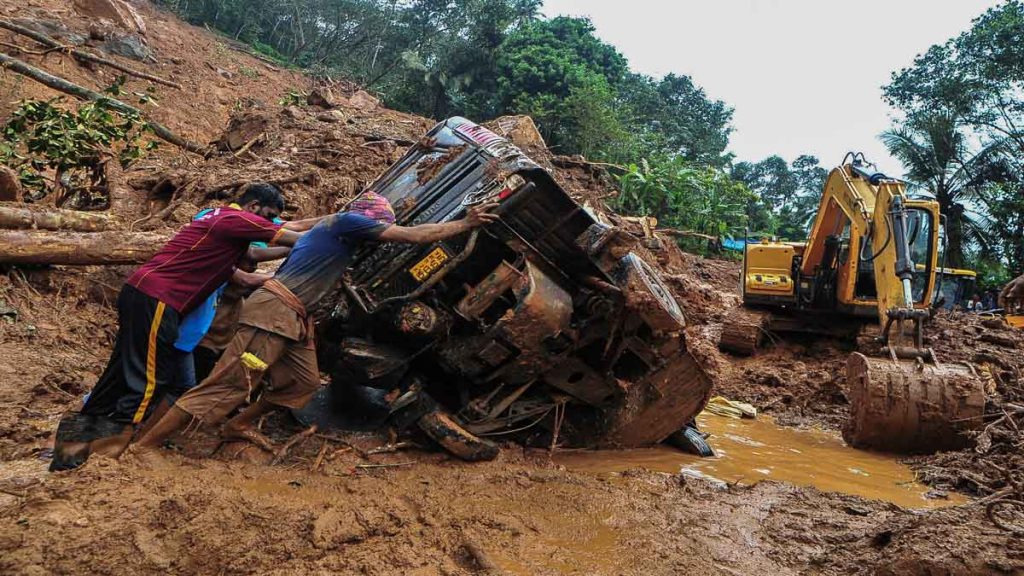 At least 25 people died In landslides and floods caused by heavy rain In southwest India, The local authorities announced this Sunday.

Rescuers continue the search For survivors and the military Airlift rescue teams.

in the coastal state Kerala has cut off many residents due to the rain that intensified on Friday night.

So far I know 11 bodies were found in Idghi district and 14 others in Kottayam, Authorities told local media that both were affected by landslides and floods.

Even the Indian Prime Minister, Narendra Modi, has sent his condolences to the families of the victims via social media.

On the other hand, the army, The navy and aviation are involved in rescue operations. At the moment, the number of missing is unknown.

“This was my livelihood. Everything was swept away,” A desperate man told Manorama TV in Kothikal, Kerala state.

The hill near us collapsed. There were many damages and casualties. The house disappeared. The children are goneA Koottickal resident said.

In a video posted on social media, I know Come by bus and car Partially covered with water.

Indian Section Meteorologists expect heavy rains to subside on Monday. But in northern India, some states, such as the Himalayan regions of Uttarakhand and Himachal Pradesh, will experience “heavy or very heavy rain” in the next two to three days.

In 2018, nearly 500 people diedn Kerala is in the worst floods in nearly a century.