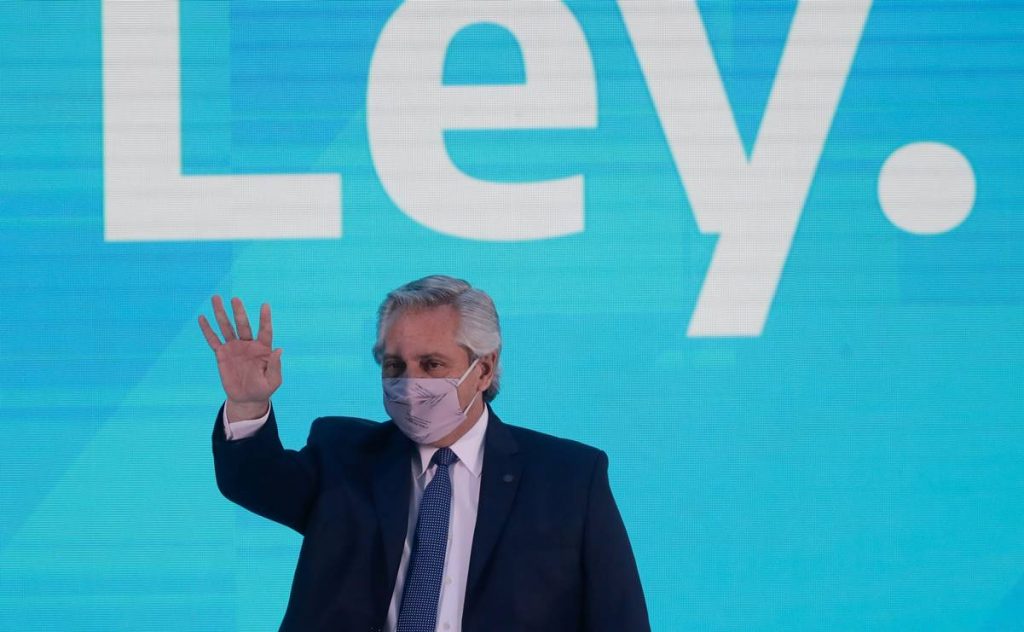 Argentine President Alberto Fernandez On Thursday, the voluntary interruption of pregnancy law was passed, which was passed in a historic parliamentary session on December 30th.

The law allows access to abortion up to the 14th week of pregnancy upon request and within a maximum period of 10 days after the desire is expressed.

Just over two weeks ago, Argentine senators approved the so-called voluntary termination of pregnancy (IVE) by 38 votes to 29 against, and one abstention.

Uruguay, Cuba and Guyana are the only three countries in Latin America where abortion is permitted. In Mexico, it is legal only in the capital.

Outside of Congress, pro-abortion celebrates a yes victory. Thousands of people had gathered since early Tuesday, waiting for a vote that lasted for hours.

Until now, abortion in Argentina was only permitted if the woman was raped or in danger of life, a legislation that had been in place since 1921.

The initiative provides for the conscientious objection of an individual or health institution, although objectors will be obligated to refer the patient to another hospital.