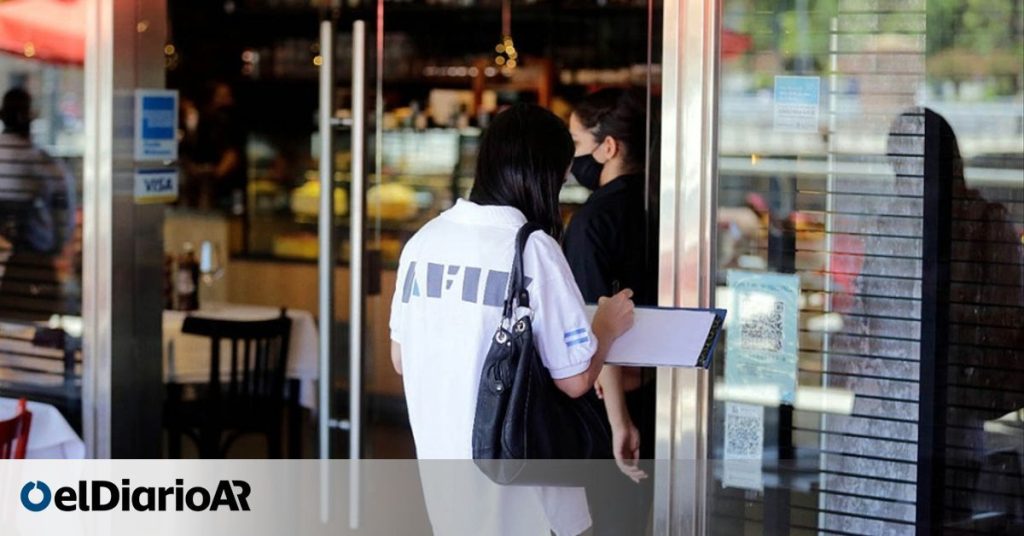 Are too many taxes paid in Argentina, as is so frequent in public debate? The issue returned to the spotlight this week after the Argentine Industrial Association (UIA) and Together for Change echoed a report by the Argentine Institute for Financial Analysis (Iaraf), which is run by former Cambio official Nadine Arganaraz, which noted that having 164 tax in the state. Subsequently, the Argentine Center for Political Economy (CEPA), led by another former Kirchnery official, Hernan Letcher, responded with a report warning that Iaraf included not only taxes, but also taxes. 41 municipal fees, 27 rights and 26 contributions That at least in theory they always have remuneration for service, fee for public service privileges, extraordinary and extraordinary contribution of great fortunes, money financed by taxes and contributions of workers and employers to social security (i.e. future retirement and social work). Letcher also warns about income tax It appears quadrupled in its four classes, While we remember that part of the value-added tax is not a tribute but funds social security. So, he concludes that Only 36% of the 164 mentioned are taxes by Arganaraz.

But beyond the discussion about the number of taxes, here we ask the question of whether Argentina will end up paying a lot of taxes. for this answer The level of tax revenue in relation to the gross domestic product, a procedure adopted by the International Monetary Fund for the Liberal Heritage Foundation. This leads to the conclusion that Argentina It ranks 43 out of 181 countries surveyed. Looks like latin america Fourth, behind Cuba, Brazil and Uruguay, Where many Argentine millionaires go is because they don’t pay taxes on their assets abroad, but where taxes are paid in larger amounts than here.

France leads (where tax collection accounts for 46.2% of GDP), followed by Denmark, Belgium, Sweden, Finland, Italy, Austria, Cuba (40.6%), Greece and the Netherlands (38.8%). From eleventh to twentieth place are Luxembourg, Croatia, Norway, Bosnia and Herzegovina, Hungary, Iceland, Germany, Serbia, Montenegro and Slovenia (36%). From 21 to 30 show the Czech Republic, Portugal, Ukraine, Poland, Cyprus, Spain, the United Kingdom, Moldova, Estonia and Slovakia (32.9%). From 31 to 40 are Israel, Malta, Brazil (32.2%), Canada, New Zealand, Barbados, Seychelles, Uruguay (30.9%), Djibouti and Japan (30.6%). Solomon Islands ranked 41, followed by Latvia and Argentina (30.3%). Most of the countries that precede ours are well developed. Few rich countries tax less than Argentina: Switzerland (28.5%), Australia (27.8%), United States (27.1%), South Korea (26.9%), Ireland (22.8%) and Singapore (14.1%)), nothing more. The vast majority of countries have lower taxes than ours low and middle income, That is, developing or underdeveloped.

Dario Rossinolo, a professor at the Universities of Buenos Aires (UBA) and Cordoba, believes that “to analyze whether too much or too little is being paid, it is necessary to determine the indicator”: “Tax pressure in Argentina has increased in the past two years in terms of GDP, but without reach 2015 levels, being among the highest in Latin America. However, if the public expenditure increased more proportionally, the collection was partly used to finance the expenditure and the increase in the deficit was financed by the cash issue and indebtedness. Hence, in this case What needs to be analyzed is the level of public expenditure, which determine that tax pressure is increasing to finance them. In general, it was found that In countries with low level of development, tax administrations are less efficient in collecting taxes, which there are higher taxes or rates in those countries that offset spending needs.”

Magdalena Roa, another university professor at UBA, does not believe that many taxes are paid in Argentina: “Big companies and high net worth individuals manage to reduce the payment of taxes through complex maneuvers and legal complications thanks to the fact that they have the services of professionals with large fees, Facilitators, while small businesses cannot avoid paying their taxes, as well as wage earners, suffer income tax withholding on their payroll receipts and value-added tax on their purchases. Argentina’s supposed high tax pressure does not apply to large businesses and assets. The data just doesn’t show that Argentine tax pressure is lower than the average of developed countries, But a large part of the wealth of high net worth individuals is located abroad and the Argentine treasury will not reach a significant part of it, given the official statistics of AFIP (Federal Administration of Public Revenue) and INDEC (Institute of Statistics and Census) “.

Adrián Falco, SES Foundation Coordinator, agrees with Rua: “In Argentina, The tax paid the most is VAT, which is a regressive tax that we all pay regardless of income s Personal assets are paid the least, a progressive tax targeting those who have the most. Payment of personal property is made on the basis of affidavits. It is without oversight that it promotes creative accounting and encourages plotted data.” However, he acknowledges that “it is true We must work to organize and simplify the tax system, But the only people with advice to pay less, advertise less, and create structures for false billing are not the majority.”

The IARAF report acknowledges that it represents taxes, fees, rights, and contributions. As he admits it 91% of the collection comes from only 12 taxes calculated out of 165. The other 153 collects only 9%.

The anti-CEPA report focused on taxes and warned that 36.7% of national collection comes from value-added tax, followed by profits (26.6%), export seizures and import tariffs (which add up to 15.1% in total). Regarding provincial income, 75.4% of total income comes, followed by stamps (8.7%), real estate (8.1%) and cars (6.1%). The center, headed by Litcher, warns that “the axis is under financial pressure to… Hide the underlying debate: The decline of our tax system. And remember that in Europe, taxes levied on the most profitable (profits) and those with the most (on assets) account for 55% of the collection, compared to 38% in Argentina.