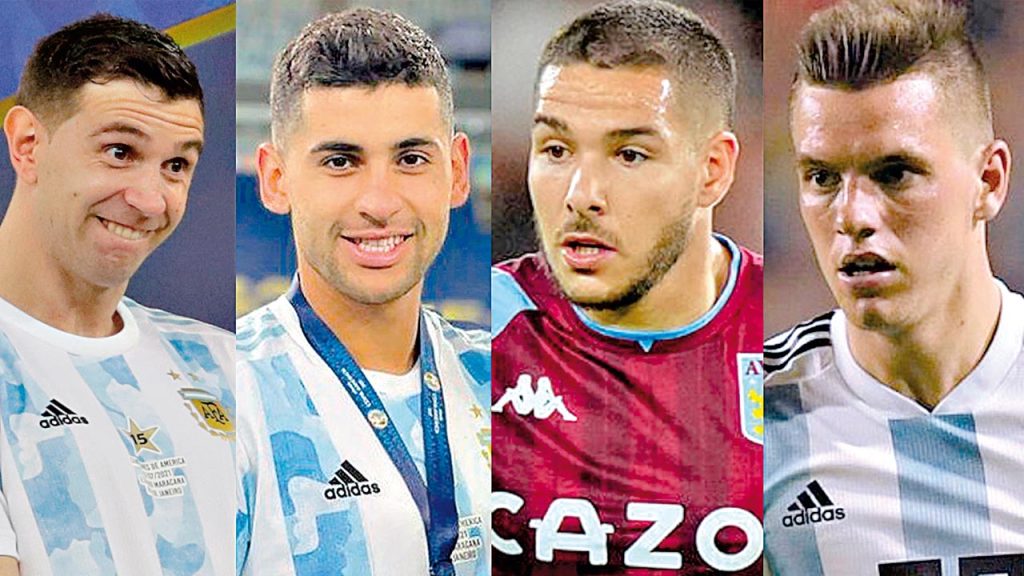 FIFA’s Disciplinary Committee has imposed two-match bans on four Argentine players, Emiliano Buendia, Emiliano Martinez, Giovanni Lo Celso and Cristian Romero, who will be suspended for two World Cup qualifiers in Qatar for not complying with the regulations “Back Football: International Matches Protocol”.

On September 5, Brazil’s National Health Surveillance Agency suspended the South American classic after 5 minutes, claiming that the four players had not complied with isolation, according to that country’s regulations, because they were in the UK 14 days before the match.

In addition to the penalties imposed on the players, the Disciplinary Committee imposed a fine of 500,000 Swiss francs on the Brazilian Football Confederation for offenses against security and public order.

He also paid a fine of 200,000 Swiss francs to the Argentine Football Association for non-compliance with its obligations relating to security and public order, preparation and participation in the match.

The decision also includes ordering the Brazilian Football Confederation and the Argentine Football Association to pay a fine of 50,000 Swiss francs as a result of the suspension of the match.

The Brazil-Argentina match, corresponding to the sixth day of the Qatar 2022 qualifiers, was halted after Argentina withdrew its team from the field after the prosecutor of the National Health Control Agency (Anfisa, the organizer), was interrupted after five minutes, due to the complaint that the four players provided false information in immigration.

Emiliano Martinez, Emiliano Buendia (Aston Villa), Christian Romero and Giovanni Lo Celso (Tottenham Hotspur) traveled to South America to join their national team, after performing a week ago with their clubs in England. Three days before meeting Brazil in Sao Paulo, they played in Caracas against Venezuela (1-3), as well as in a qualifying match for the World Cup.

Brazilian health regulations require people who have been in the UK, India and South Africa in the last 14 days to comply with a mandatory 10-day quarantine, and according to Anvisa, athletes provided “false information” in this regard during their time. migration process.

For his part, the president of the Argentine Football Association, Claudio “Cheke” Tapia, said he would appeal the FIFA ruling ordering Brazil and Argentina to play again and imposing sanctions on four Argentine players.