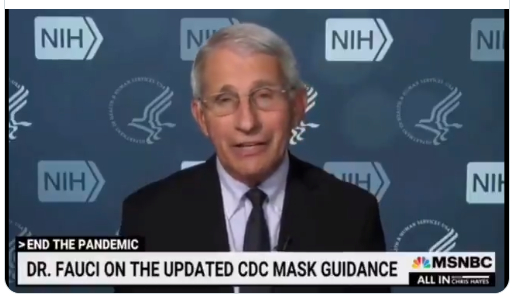 In the face of increasing cases of coronavirus infection in several cities, the United States decided to place additional doses of vaccines among the most vulnerable groups. In this way, it will follow the third application strategy, which other countries have already begun to explore, such as Germany, France and Israel.

This was confirmed by Anthony Fauci, the leading US expert on infectious diseases, who advised Donald Trump in early 2020 and is now doing so with Joe Biden.

According to Fauci, the idea is to give booster injections to those people with weakened immune systems “as soon as possible,” as cases of the delta variant continue to increase.

The decision ignores a request from the World Health Organization to wait until more people around the world have been vaccinated with at least the first dose.

The only hurdle moving forward in this regard is that US regulators must authorize this protocol or modify their previous licenses, with the idea that they can recommend additional injections.

Beyond that, according to Fauci, Centers for Disease Control and Prevention They are already working to make the third doses available “sooner”.

“It is very important for us to move forward to give these individuals their reinforcements and we are now working on that,” Fauci said at a news conference, according to Reuters. He continued that “people who are immunosuppressed may not be adequately protected by current Covid vaccines.”

Fauci He also said that “if slowing the spread cannot be avoided, there could be another variable worse than delta”.

What if the epidemic does not end?

For businesses and the broader economy, the fact that the pandemic is finding no end is tragic. This is because the first and second waves wiped out the savings and now there are no resources to sustain themselves.

Some sectors, such as tourism, transportation and entertainment, are in extreme situations in many parts of the world, and the increase in cases, with new restrictions, could continue to crush them.

Cases in the United States are on the rise

In the United States, COVID-19 cases have increased by nearly 42.9 percent compared to last week, and daily deaths have increased by more than 40 percent, according to official data from the director of control centers. Rochelle Walinsky, who also spoke at the conference.

The United States reached its maximum in six months of new cases of Covid, with more than 100,000 infections on Wednesday, August 4, according to Reuters.