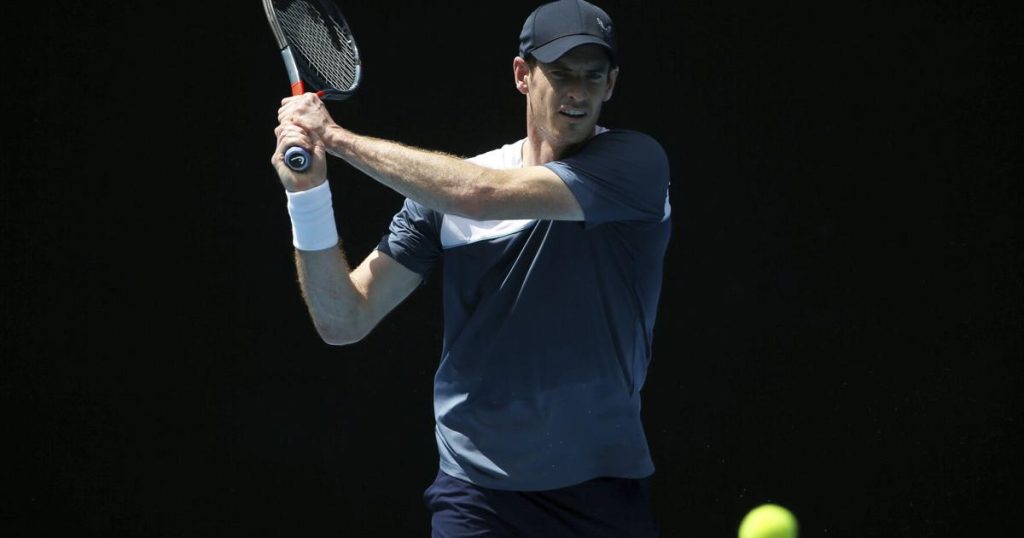 Five-time Australian Open champion Andy Murray advanced to the second round of the Sydney Classic on Tuesday, defeating Viktor Durasovich 6-3 6-1 in one of the first major pre-season tournaments. the year.

Murray entered the tournament thanks to an invitation and received another for the Australian Open, which kicks off on January 17. Since reaching the semi-finals for the last time in 2016, when he lost to Novak Djokovic, the 34-year-old Briton with three majors to his name has only made it to the first round at Melbourne Park once.

Frequent thigh injuries allowed him to participate in only one of the last four editions. The former world number one, ranked 135 in the men’s rankings, 23-0, will face Nikoloz Basilashvili on Wednesday for a place in the semi-finals.

Also in Sydney, US Open champion Emma Radocano fell to ninth seed Elena Rybakina 6-0, 6-1. Raducanu, 19, had delayed the start of his season and withdrew from the Melbourne summer group last week after testing positive for coronavirus.

In the same tournament, Olympic champion Belinda Bencic successfully beat her first match of the year after she got through COVID-19 by defeating Brazilian Beatriz Haddad Maya 6-3 6-2.

At the Adelaide International, world number two Aryna Sabalenka lost again in the first round to a lower-level opponent. Sweden’s Rebecca Peterson, who was before game 395th in the WTA standings, won 5-7, 6-1, 7-5.

Last week, Sabalenka fell in the opening round of the 1st Adelaide International to world number 100 Kaja Jovan.