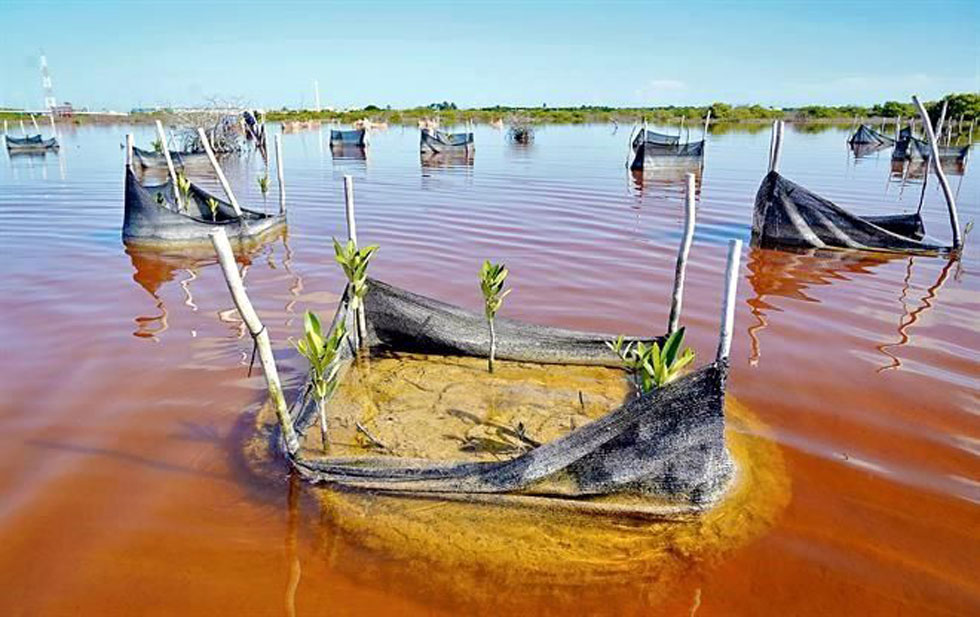 Mexico City.- In all this display of reprimands, warnings, and covenants by the most disparate nations in every corner of the globe, a country like Mexico, which is particularly vulnerable to the effects of climate change because of its location and the conditions of its territory, has not been counted as it should.

Starting with the fact that President Andres Manuel Lopez Obrador himself, who this week called the COP26 participants hypocrites, refused to attend. Which sends, in the eyes of experts, a very unfortunate message.

“It says a lot, it says a lot. Because, as far as (Chancellor Marcelo) Ebrard is there, and she’s going to be sitting, I think, (Secretary of State) Martha Delgado, who has to pull out a pencil or present things, because that says a lot about what We already know it: There is no interest in these questions.

Fernando Aragon Durand explains: “It is a notorious thing that at the beginning of the COP, when all the countries were presenting their general preliminary position, Mexico did not appear. They even went to the Vatican, imagine.” “This also attracts a lot of attention, and is finally a clear reflection of who we are and how they see issues related to climate change in the federal administration.”

During the week, Delgado boasted, for example, that Mexico has prepared the Hardware Strategy for a Sustainable Ocean Economy 2021-2024, and that a series of initiatives are being implemented to achieve the main commitment of the High Level Panel on Ocean Economy, consisting of achieving 100% sound management of the region pure economics.

On the other hand, the State Department’s Director-General for Global Issues, Camila Zepeda, tweeted that long days of negotiations were carried out with the Young Climate Ambassadors – four young women representing Mexico at COP26 – “who have done issues of adaptation, loss and damage, capacity building, and action for climate enablement.

The truth is that if the first countries follow the measurement used above, as students with specific assignments to pass the degree, Mexico arrives in Glasgow not quite as a typical student.

“He arrives like a student who promises he will do everything well, but when one sees how the assignments he is handing over and recent events are coming, one says well: ‘Hey, you are coming in so bad.’ ‘No, no, but I’ll get 10, here’s all right.’ “He’s a bit of a mythical student,” quipped Adrian Fernandez Primountez, founder and CEO of the Initiative for Climate in Mexico (ICM).

Although setting transparency rules for accountability is another important outstanding issue at this summit, mechanisms are currently in place to assess the ambition of countries’ goals and reveal the implementation of actions to achieve what has been committed. In other words: there is no opportunity for imitation or contradiction.

“If a country, let’s say, has pretended to go out to make speeches that it is suffocating and ‘we are doing very well,’ but in fact it is not true, then the world knows it. And of course, if a country is contradictory and, in fact, begins In implementing policies that are inconsistent with the implementation of his offers under the Paris Agreement, as the world will know.”

“And the world today knows very well that the policies of the current administration of Mexico have suddenly stopped renewable energies, and that they threaten to extend and prolong the use of fossil fuels, especially for electricity generation – I’m talking about the use of fuel oil, coal and gas – much more, compared to the scenarios that were outlined when he signed the Paris Agreement, where Fossil fuels have to come out.”

See also  Video: An American man discovers a tracking device inside his bag

Although a space like COP26 is usually guided by respect and diplomacy, so there are no public claims to Mexico — and other unfulfilled nations — in the future the situation may not be the same.

“If we continue the reactionary policies that the country has today, certainly in the near future, in a year or two, people will start saying, ‘Hey, what’s up? You’re doing, Mexico, not even the things that you can contribute to this problem’ It’s global and that’s for your own good and for you. You don’t do that, you don’t screw it up, well, what’s it about?”, CEO Presented by ICM.

And although the Doctor of Environmental Sciences recognizes Mexico’s right, along with other countries, to demand that $100 billion a year be delayed in support of less developed countries, this may also be an easy way out.

“Let’s see, many here are saying: ‘If there is enough money already on the table,’ but countries that have not done the job, like Mexico, will not be eligible to receive the support.” ) commission? to imagine! Bartlett?

For all this, the air pollution and environmental health specialist urges cabinet members, ministers and senior officials of the Mexican government, to be intellectually honest, and not to fall into the temptation of mimicry for mere loyalty.

“Honestly, as a Mexican, I don’t want to make fools of ourselves, I don’t want them to see that Mexico is not only a country that doesn’t comply, it’s a dishonest country that treats itself with rhetoric like a desire to brown a bean. No, I think this has to change.”

See also  Biden is inviting Amelou, Putin, Shi and other leaders to the Climate Summit

“The President of Mexico, I hope you will continue the process of understanding and learning; all these issues he does not know or master. Finally, he is very politically intelligent, and to the extent that he understands these issues, he will be able to design better policies, without giving up some of their deepest ideological positions, because they They don’t,” concludes Fernandez Primountz.

A country without ambition

Mexico sets its Nationally Determined Contribution (NDC), with a commitment to reduce its emissions by 22% by 2030.

– It indicates that in 2013 a total of 665 million tons of carbon dioxide equivalent was emitted, and it is estimated that it will grow to 973 million tons in 2030 if nothing is done about it.

If Mexico achieves the supply reduction target of 22%, its total emissions should not exceed 762 million tons in 2030.

-Mexico submits revised national report, without including greater ambition in terms of mitigation.

– Adjusts the baseline calculation, and estimates that without making any efforts, emissions would amount to 991 million tons of carbon dioxide.

Applying the same level of 22% reduction as a target of no more than 773 million tons.