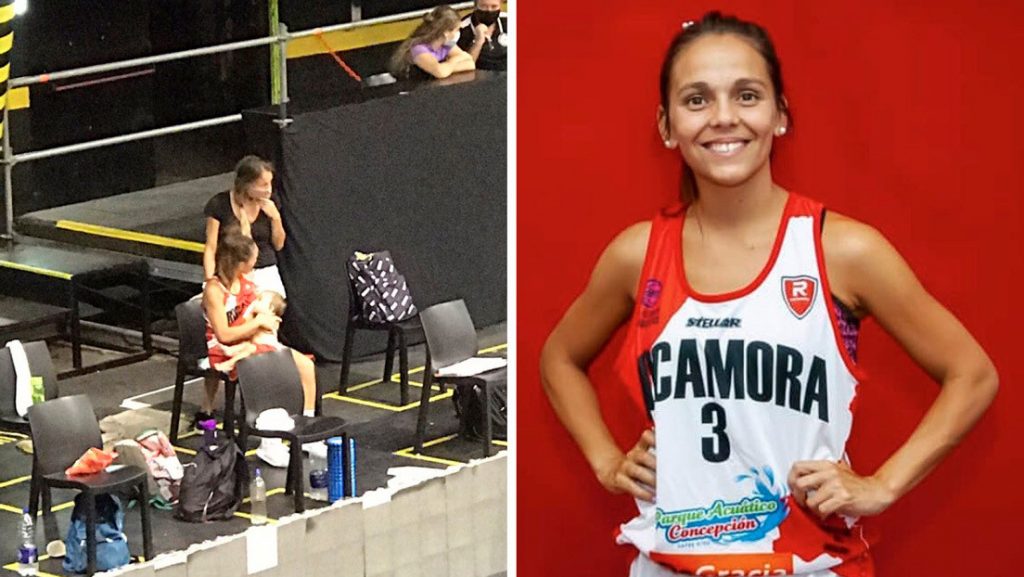 “I always give him the opportunity before the match starts, but at that moment I think we needed to, so it was mutual,” said Antonella Gonzalez.

In the first half of the basketball match in the Argentine First Division, Antonella Gonzalez is about to start the game again when she asks her coach for “a little time”. She sits in a chair, holds her eleven-month-old daughter Maddy in her arms, lifts her team’s shirt, Thomas de Rocamora, and begins breastfeeding.

The photo was taken last Sunday and it went viral. “A picture that sums up the passion: basketball and being a mom. It’s a picture Summarizes the sacrifice they makeThe Argentine Basketball Association commented in a tweet on Twitter.

An image that sums up the passion: basketball and being a mom. A picture summarizing the sacrifice they made. Antonella Gonzalez (8 points, 2 reps and 1 ace) helped in the Embed a Tweet He took Velez unbeaten and in the first half fed his daughter Maddy. 👏 pic.twitter.com/G6LL2ZVOVP

The basketball player herself was surprised by that, “Something natural for a mother like breastfeeding will generate a lot of repercussionsBut she was also happy that something like this was ‘visible’.

Gonzalez explained this in an interview published by CABB in which he talked about the “sorcery” he does in order to organize himself, get training, play games, work and take care of his daughter.

“It serves [la foto viral] As for the mothers who are there, they have not decided that they believe that after pregnancy it is not possible to return to activity, and that they think it is possible, ”she affirmed.

In addition to breastfeeding her daughter, the 30-year-old, who comes from a family linked to basketball, contributed eight points in her 25 minutes, facilitating Rocamura’s 61-44 win over Velez Sarsfield.

“I always give him the chance before the match starts, but at that point I think we both need to, so it was a reciprocal thing. We had already finished chatting, and we were excited to start the match again, there is the coach who needs very little time.” This is all very normal and luckily I am free to do soExplanation in another Interview LT9 Radio.