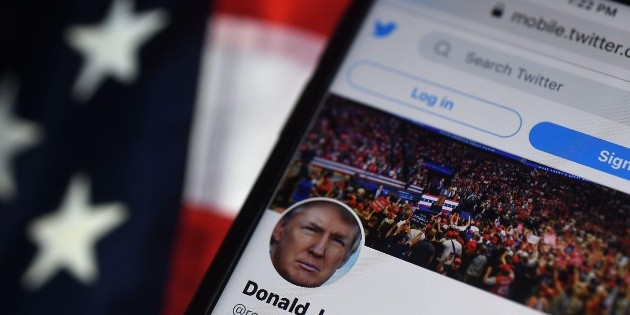 President Andres Manuel Lopez Obrador (AMLO) asserted that the Statue of Liberty in New York should be “bravely green” due to the alleged censorship of social networks such as Twitter and Facebook.

The Mexican leader of the National Palace said: “Since they made these decisions (social networks), the Statue of Liberty in New York is bravely turning green because he does not want to become an empty symbol.”

“The Statue of Liberty in New York turns green with anger that it does not want to become an empty symbol.”

These statements were released after January 7, after riots in the United States Capitol Building, AMLO criticized Facebook and Twitter for “censoring” Donald Trump.

On Wednesday morning, Lopez Obrador indicated that he had already talked about what the “Twitter” and “Facebook” platforms have done recently, “without referring again directly to the blockade imposed on these networks to the American president. From this Tuesday on his last visit to the border wall, thanked Amalou’s “friendship”?.

“A particular company cannot prove itself in the global institution, because of its scope, to censorship. Like the Holy Inquisition of our time, in conformity with social networks. This cannot be accepted, it cannot be allowed because it conflicts with freedom.”

In his speech, Lopez Obrador spoke of the importance of not censoring anything in “blessed social networks” because it is a space that allows everyone to express their opinion outside the mainstream media.

“Who is organizing this, who controls it? What are the rules?”

AMLO also explained that phones today are like “microphones” that listen to the user, and questioned whether this was “permissible” and “ethical”.

Finally, he said that Mexico would “take care of this”, gather opinions and guarantee freedoms.