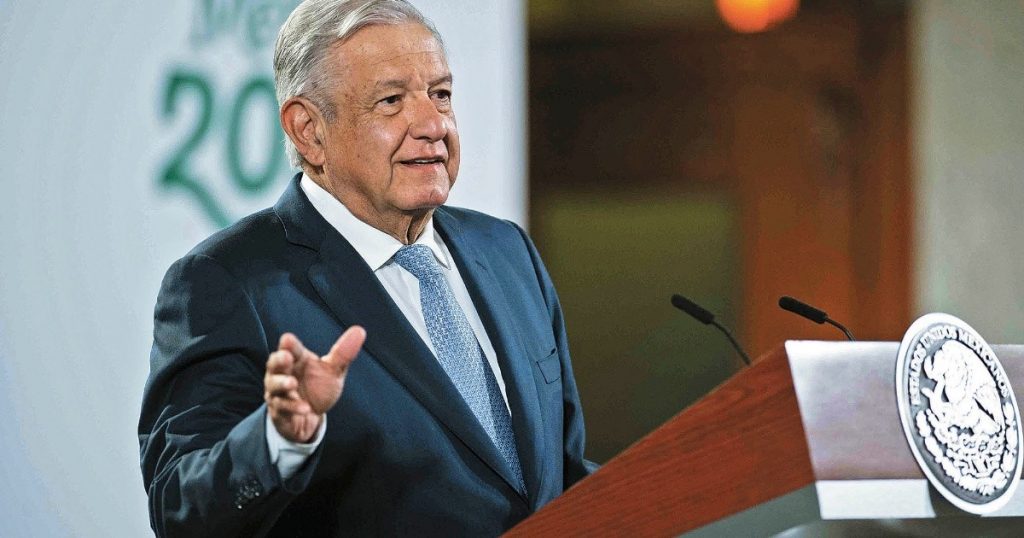 The President of Mexico, Andres Manuel Lopez Obrador, confirmed that he respected the actions of the Bank of Mexico, but asked for an explanation as to why there were no residues for fiscal year 2020.

At the morning conference, the president assured that he respects the independence of the central bank and, for example, showed that he had not said anything about what was left of the Banxico process that had not been transferred to the government.

“I respect the independence of the Bank of Mexico. I’ve always respected it. So much so. I didn’t comment that they didn’t give us a hangover. Now that the exchange rate instability crisis has passed, do you remember that the dollar went to 25 pesos? There were no remains, and they should explain (Banco de México) in respectful and fraternal terms, because in other terms of six years there were remains. “

The President made it clear that they were not asking for anything or questioning Banxico. I must say that because it has been said here that the public treasury can have additional income. Not that, we have no problem because I look at how the group is and because we have taken actions that worked in our favor. “

When presenting its audited financial statements for 2020, three weeks ago, the central bank reported that it recorded a positive result of 165.017 million pesos, a figure by which accumulated losses were amortized and reserves replaced.

Inflation, What Should You Pay Attention To

At the same conference, the President stressed that the only economic variable that they have to pay attention to at the present time is inflation, which he emphasized was under pressure due to the “warming of the economy.”

“Inflation is the only thing that we have to take care of because the economy is getting hotter and we have to make sure that there is no inflation because it hurts the population so much,” he said in his morning conference.

According to him, Banco de México is the one who really cares to “get it under control (inflation)” and he confirmed that the central bank has already introduced measures at the rate that helped with that “control”.

“I am sure the Bank of Mexico is moving on this issue (inflation). I would say that the main task of the Bank of Mexico is to control inflation and they have implemented an appropriate policy in terms of controlling interest rates that have been declining. Now, in anticipation that there may be an increase in Inflation, the rate is no longer low. So they are doing well. “

In April, inflation was at 6.08% annually in April, the highest in four years. This volatility includes higher agricultural prices (4.08%) and energy prices (19.30%).

Academics from Think Lab SAVER and the Instituto Tecnológico de Estudios Superiores de México explained that the president may have failed to indicate that the aforementioned economic exhaustion could be from the external economy, especially from the United States.

Burnout occurs when there is enough money for salaries, investment, and public spending, and people start consuming too much of the commodity. This burnout comes after an impasse in the economy, and since there is money, there is demand; Explained ITESM professor and former Banco de México official, Raymundo Tenorio.

In Mexico, there is no possibility of overheating, said Luis Perez Lezama, director of economic research at SAVER Intellectual Laboratory in Veracruz. “In the world there is a great deal of lethargy after the economic shutdown (…), but this context is not the context of Mexico, as there were no incentives, and the deadlines for paying taxes were not extended,” he said.

Year after year, the balance sheets of the Bank of Mexico are reviewed through a Treasury hiring audit.

On April 23, Banxico reported that in fiscal year 2020 it had not recorded enough profits to transfer the remainder of the operation to the federal government. This is the result of “large fluctuations in the exchange rate”.

Within the central bank’s financial statements, it was stated that “it was not possible to allocate resources to the asset revaluation reserve and there was no operating surplus”.

Consequently, 2020 was the fifth year in a row that the central bank has not achieved a surplus in operations.