President Andres Manuel Lopez Obrador’s intention to promote a review of Latin America’s relations with the United States is not only reasonable, but necessary. The multilateral bodies that now exist, in particular the Organization of American States (OAS), do not correspond to the new geopolitics that the planet is experiencing, after the crisis of globalization of the past five years. Regime changes in Mexico, Argentina, Ecuador, Peru, Bolivia and El Salvador, among others, make an old organization that, in the context of the Trump government, suffered a conservative decline, alien to what the government was experiencing. the continent.

And for the rest, ideologies aside, countries around the world are trying to explore new ways to insert themselves into a complex reality. In economic terms, the protectionist actions of the megacities themselves and their trade wars are forcing the nation states to rethink the previous strategy, which consisted of indiscriminate opening to world markets. Regional and national interests gained prominence that faded, although new constraints on economic and energy self-sufficiency have yet to be determined. Politically, the decisive role of the new actors, especially China, and the fluctuations caused by the rotation in Washington, force us to improve the bargaining power of our countries.

Lopez Obrador knows that Mexico can and must play a critical role thanks to its strategic position as a commercial and industrial ally of the United States. It has, so to speak, the right to enter the door that no other country in Latin America has toward Washington.

The OAS, which is not respected by anyone because of its subordination to the United States, ends up being useless even to its master. In that sense, the Biden government could be sensitive to the call for renewal that the Mexican president is now calling for. Washington could use space to negotiate consensus and set standards that recreate a new, more elegant and humane version of the old slogan, “America for Americans.” If it doesn’t, China will continue to gain ground (and control of raw materials) thanks to its appropriate and many times irreplaceable overall investment by Central and Latin American governments. Even if for purely selfish reasons (to reduce immigration flows), the United States should be interested in organizations that are able to promote policies of mutual interest. He may not accept the disappearance of the OAS in favor of a new one, but at least the re-establishment according to the new era.

Until then, Lopez Obrador’s intent is impeccable. On the other hand, the devices threaten to slip out of the hands of the Mexican president. The peculiar private invitation of the Cuban president as a speaker at the parade, patriotic military action, and Biden’s active advocacy to demand an end to the island boycott are counterproductive for basic strategy purposes, no matter how. Lots of ethical reasons help you. Of course, they make him the hero of the moment, but at the cost of blowing up the chances of achieving what is desired. To make matters worse, the sudden arrival of Nicolas Maduro, the vomit pen of both Republicans and Democrats in Washington, darkens the panorama.

why? First, because it is one thing to accept the formation of a more pluralistic and democratic Organization of American States by the White House, and to confront the danger of an organization that, with Cuba and Venezuela supremacy, has become a federation of the United States. And I’m not saying it will, but that’s what the Washington hawks will interpret based on the tone and symbols used by AMLO, Maduro’s prominence, and Díaz-Canel. This will raise the political bill for Biden.

Second, because no power likes to give something away as a result of the public’s scolding. It is one thing to negotiate diplomatically the need for the White House and Congress to relieve unjust and absurd pressures on Cuba, and to demand something publicly in a hostile forum for another. First, diplomatic instances would allow Biden to manage times and ways to overcome the harsh resistance that exists in his country. Second, a joint Mexican-Cuban claim from the National Palace will only harden the White House. Public opinion in that country is slaughtering its president for increased immigration flows and unregulated exits from Afghanistan, both crises being interpreted as an expression of democracy’s weakness. In such circumstances, it is difficult for him to make more arguments for his critics that will become a red carpet for Trump’s return to power.

Finally, we cannot ignore the natural mistrust that Mexico’s relationship with the United States inspires in other important Latin American countries. As much as the brave attitude in certain situations, particularly those related to Cuba, distinguishes us, they know that the interdependence between the Mexican economy and that third country on both sides of the border makes Mexico a geopolitical entity halfway between North and Latin America. America. Moreover, they understand that beyond rhetoric, Mexican governments will ultimately act according to their interests, as any other country would. It is precisely these interests that would explain the “chain-keeper” role that Mexico plays on the southern border, in favor of the United States, to discourage access to the Rio Grande by Central American and Caribbean populations.

Understandably, in the face of the harsh questions the 4T government has been receiving about this “dirty” act, López Obrador feels inclined to raise the sovereign tone on rhetorical matters. Yet it seems to me that for the sake of quick and fleeting gains, he loses the possibility of doing something more profound and transcendent to the peoples of America. Historic opportunity for the personal charisma and strategic role of Mexico. Specific actions like the rescue of Evo Morales or solidarity to demand vaccines for poorer countries are appreciated. But I am convinced that a presentation and speech on the history of the Bronze was not the best way to help the Cuban people. 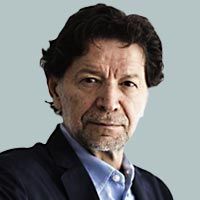 He is a journalist and writer.