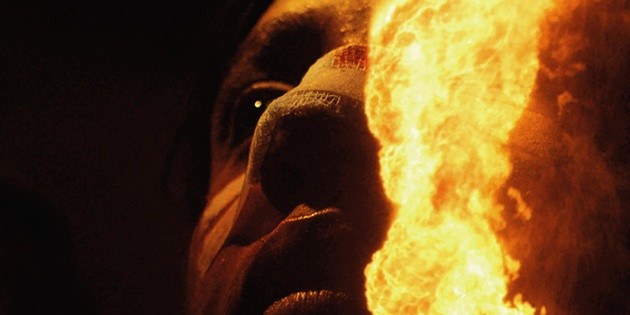 Independent filmHuachicolleroShe was recognized at the 2019 Tribeca Film Festival and was nominated for four Ariel Awards 2020Finally landed in Amazon Prime Video To be released to the Mexican public.

In an interview with INFORMADOR.MXfilm director Edgar Neto (“Massacre in San Jose” and “El Collgado”), they talked about the challenge that was Find a distributor to publish the movie in MexicoAfter passing film festivals and audiences in the US because of its title: “Huachicolero” – he is known to be a person devoted to illegally stealing and selling fuel.

He explained: “After many knocking on the doors and closing them on us, we found that there is a possibility, which is Amazon Prime Video Direct.”

Although it’s not a traditional way to premiere a movie, Nito didn’t miss the opportunity for people to enjoy the story, because many of them are at home and enjoy streaming content.

“We believe that with the epidemic, it is time for people to watch movies from home; we are very happy.”

“Huachicolero” between fiction and reality

Regarding the process of creating “Huachicolero”, Nito revealed that he had many inspirations and perspectives to create a scenario where the protagonist is a teen who delves into a subtle topic as huachicol.

“We wanted to take a personal story that developed in this context (…) He would give us an excuse to tell a story“, He said.

He added that the inspiration from his native Irapuato was also an important point in the film’s development. “This was happening near me. As such, things were not separated (…) If I had wanted to talk only about hatchycool, I would make a documentary. “

However, Nito admitted that while developing the film’s script, they had to investigate huachicoleo, which at the time was very little information. “It was a lot of our imaginations,” he said.

As far as locations are concerned, the production is directed by Neto Choose “natural” And what is available to convert it into production value.

He stressed, “This is the way the whole movie flowed, this is how it flowed up until its festivals time.” This magic has been preserved throughout. In that sense it was very enjoyable. “

I stressed that Eduardo Banda Huachicollero’s Hero and Ariel Award Winner for Best Revelation was an essential part of the film, as it must have been originally from Irapuato. “When we found and saw her, We knew that shine I had“.

“When you lack a lot (in the movie budget), whatever shines in front of you is an opportunity,” Neto noted.

Part of this “nature” helped the production team and the cast to pressure each other into a collective gathering. To this medium Edgar said: “It is or not.”

Explosion in the distraction of an obstacle

It definitely affected us

So, The events that took place in Tlahweil Laban In 2019, they influenced the promotion of the movie due to the topic they covered, despite the fact that the project has nothing to do with the fact that it left 137 people dead.

“It definitely affected us,” said Neto. “It is directly related as it is, not in the script, not in the movie, but it is clear that this explosion has something to do with the Huachicolio case and our movie is called“ Huachicolero. ”In this sense, Lots of people think it has to do with it but it isn’tThe movie was shot two years ago. “

Edgar Neto explained that his release date was somewhat overlooked by the accident, which made him attract attention, but in Mexico it was an “agonizing” topic.

When asked if there is an objective in the film, Neto said that in addition to fulfilling his personal purpose, Huachicollero aims to be a “message” for young people who find themselves in a situation similar to that of the hero. Think twice before making a decision lightly.

Edgar Neto is currently working on his next film, which is still in the early stages of production but promises to be “more ambitious”. He also hopes that the health crisis caused by the Coronavirus will calm down a little to continue the creative process.

However, he announced that he had always been inspired by reality to create his works, such as the short film “Massacre in San José”, available at Its official website.

“ I almost always count on something going on in my country.Art is a mirror of reality. He concluded that the job of art is to leave something close to what was happening in your life here and now, but that does not mean that it cannot be entertaining and enjoyable.

Amazon Prime Video: What is “Huachicolero”?

The film tells the story of Lalo, a 14-year-old boy in love who seeks to convince a young girl with a gift, but lack of money forces the hero to engage with a group of criminals who dedicate themselves to theft. fuel.

“Huachicolero” was well received internationallyTouring several prestigious festivals, the Bucheon International Fantastic Film Festival (BIFAN) in South Korea was chosen as the inaugural film, and won the Orbit Award at the SITGES Festival in Spain. Thanks to these confessions, the film was already distributed in the United States in 2020.

The soundtrack for “Huachicolero” is original music Santa in the ClanWith an unpublished song for the tape titled “My Guanajuato”.