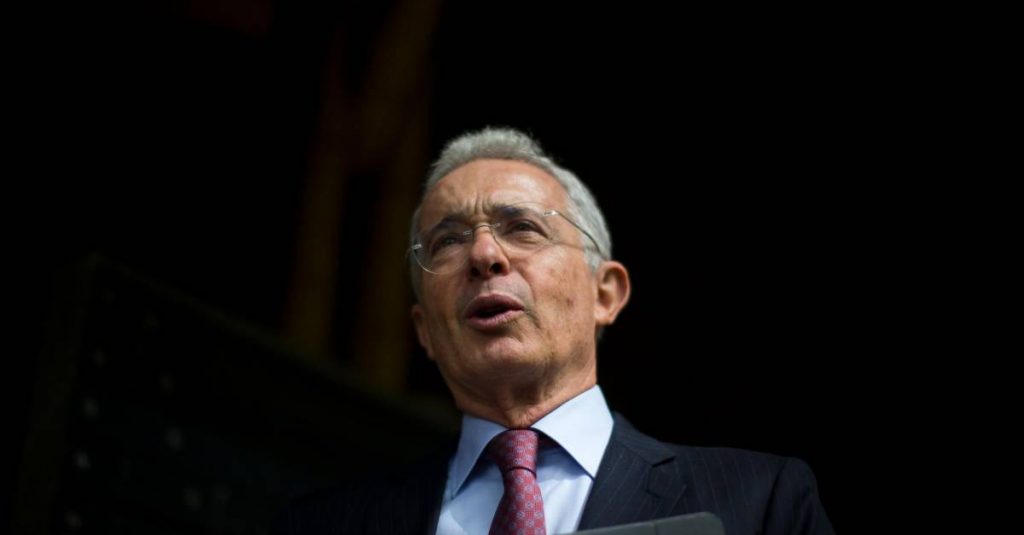 The street is named after Alvaro Uribe in Florida

The new street was announced in honor of the former president by Carlos Hernandez, mayor of Hialeah, Florida.

Former President Alvaro Uribe has a street named after him in Hialeah, in South Florida (USA), which is added to another street designated by Miami-Dade County in the southwest of this demarcation, local media reported Saturday.

The designation of the highway route is the result of decisions approved by the mayor of Hialeah and Miami-Dade County, where this Hispanic city is located, to honor in this way the “work and influence that Alvaro Uribe Velez had in Latin American politics.”

“He is the best president of the Americas in the last 100 years,” said Hialeah Mayor Carlos Hernandez during the swearing-in with the new name, held Friday, highlighting former President Uribe’s struggle. (2002-2010) Against dictatorships and communism in the region.

The ceremony was attended by Francisco Santos, Colombia’s vice president during the government of honor, who noted that the former president was “the first man to call for what he really is” for late Venezuelan President Hugo Chavez, the Guardian reports. Univision channel 23 Miami.

He said that Uribe coined the term “Castro Chavismo” and that he was “the man who fought this populist left that is ending democracy, ending the economy and completely destroying the richest country in Latin America.”

The former president, via teleconference from Colombia, participated in the initiation of “Alvaro Uribe Velez President Road”, which is located at West 16th Street, in the section between 44th and 60th Streets.

Uribe thanked this South Florida city’s gesture, though he said he was never granted that kind of recognition “because of the great controversy it raises”.

Specifically, last year’s Miami-Dade County project, which was finally approved, to designate a road in the former president’s name drew criticism from some organizations of Colombians abroad, who have been collecting signatures online opposing the measure.

At the time, the politician was serving house arrest as a result of an investigation into witness tampering and procedural fraud to avoid legal charges, as well as other operations related to enforced disappearance and his alleged role in the assets of the right-wing paramilitary.

After some delays due to controversy, county commissioners finally approved the designation of “Alvaro Uribe Road” to southwest of 117th Street, between 24th and 40th Streets.