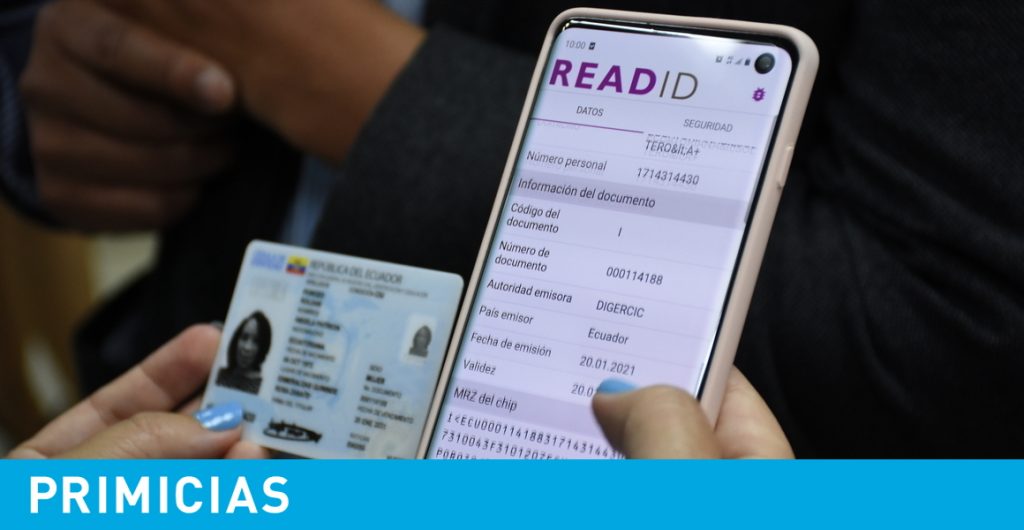 In an interview with PRIMICIAS, Rodrigo Avilés, Director of the Civil Registry, explained the advantages of the new document, which includes a chip, an electronic signature and three levels of security.

The new identity document It can be obtained from February 10, 2021 At the parent agency of civil registry in Quito. It will be broadcast later in Guayaquil and Cuenca; Then extend its delivery to the rest of the country.

In an interview with PRIMICIAS, Rodrigo Aviles, Director of the Civil Registry, Says the electronic card is a file Progress towards digitizing the country And the security of user information.

The current ID already has a chip, what is the change compared to the new ID?

The 2009 slide never worked for us, and the document was not read anywhere. The new chip will contain citizen information, resume file, and demographics.

You will also have a digital signature and biometric ID.

What are the advantages of the MZR token in the new identifier?

When Ecuadorians travel to a country in the Andean Community (CAN), we leave with an ID card, but the current ID is not secure.

The MZR code is for safety to cross the borders of any of the CAN countries and to guarantee who the person is traveling.

But the new document will never replace a passport. It is not correct to go to Europe, the United States, or Mexico, for example.

At what time will the electronic card be executed?

The first point will be in Quito, and we estimate that in April it will be across the country, in more than 220 civil registry offices.

It will be similar to the post we had with Electronic passport.

In the following video PRIMICIAS explains in detail what The main features of the new ID card.