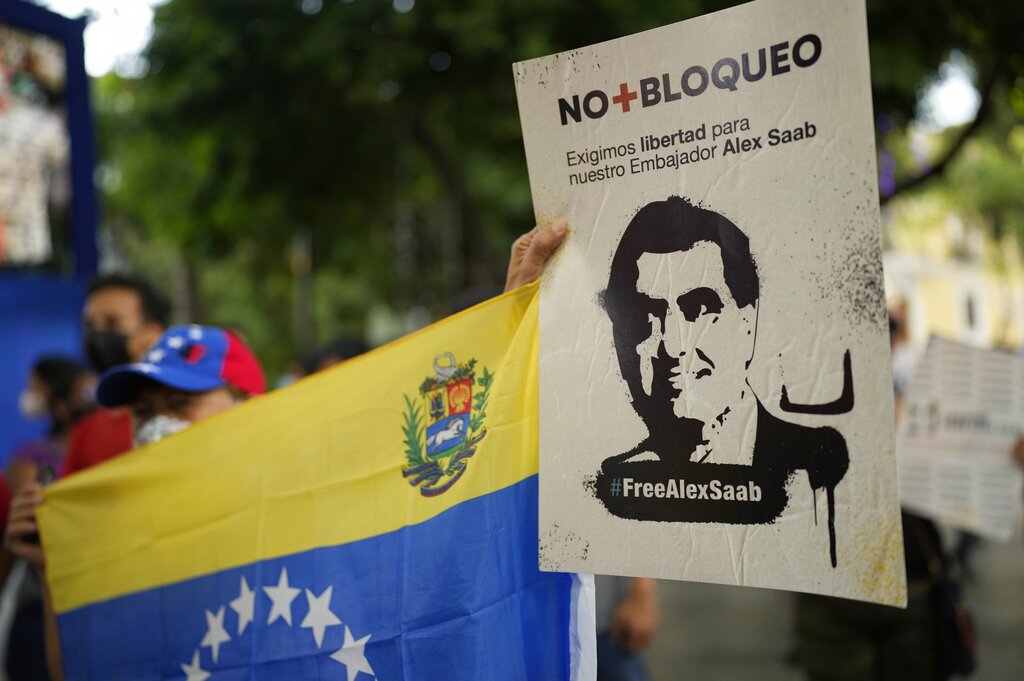 Colombian businessman alex saab, accused of laundering millions of dollars from corrupt deals with the government of Venezuela Nicolas Maduro, pleaded not guilty In a court case that further strained relations between the United States and the South American nation.

“We have formally submitted a declaration of innocence,” said Saab’s lawyer, Neil Schuster, after expressing that he was the legal representative of “the diplomat of the Bolivarian Republic of Venezuela.”

It was the first face-to-face hearing in the case and Saab’s second appearance before a US court since his recent extradition from Cape Verde. Despite the judicial authority to make it available to the public, there were very few journalists and the public. A small group of youths stood outside the building, shouting in support of Saab.

The US prosecutor’s office accused Saab of bribing Venezuelan officials and amassing more than $350 million in assets after falsifying documents to obtain contracts to build affordable housing.

As part of a deal with Cape Verde for his extradition, Washington withdrew seven of the eight charges it initially faced, leaving only one. Illegal relationship for money laundering, If found guilty, he could face a maximum sentence of 20 years in prison.

Monday had a brief hearing of less than five minutes in which Say nothing and stand by your defender On the podium in front of Judge Alicia Otajo Reyes. A few steps back he was saved by the service of two constable bailiffs.

Dressed in beige prison pants and a camisole, Saab, along with five other inmates, took the elevator to the courtroom. He wore handcuffs on his wrists and ankles and covered his nose and mouth with a mask, a necessity due to the coronavirus pandemic.

Saab’s extradition from Cape Verde has still strained the atmosphere between the United States and Venezuela, and has disrupted talks between the Maduro government and Venezuela’s opposition. Caracas appointed Colombia as its diplomatic representative in those talks in an effort to avoid his extradition.

Now his lawyers in the United States claim that as a diplomat he has immunity.

The hearing, the first hearing of this court case in person, took place after Judge Robert Scola rejected Saab’s request to limit public and press attendance. In the first hearing, which was virtualized by Zoom, more than 300 people were involved and Colombia’s defense alleged that many of them violated laws by taking photos and videos, which they later published on the social network. For this reason, the accused requested that the public could participate only by telephone, which was rejected by the judge, who ordered a face-to-face hearing.

Except for lawyers and authorized persons, the courts cannot be accessed by telephone or electronic devices. Due to the coronavirus pandemic, most hearings are held virtually.

Venezuela alleges that Saab, whom the United States believes to be an alleged front man for Maduro, was one of its diplomats on a humanitarian mission en route to Iran, when its plane stopped for refueling in Cape Verde. was taken.

But court documents from another case indicate that despite being presented as a character loyal to Maduro, he may have secretly defrauded Venezuela’s government for years and met US officials before being charged in 2019. could be found.

See also  Biden calls for making way for US citizenship

Caracas regards Saab as a custodian of state secrets and has said that any attempt to elicit a confession from him could compromise the country’s national security.

However, it is not clear how much power or influence the Maduro government may have to prevent Saab from sealing a plea deal with prosecutors to receive a lighter sentence in exchange for cooperation in the investigation.

The businessman is also involved in another court case related to the payment of bribes to obtain food and medicine supply contracts from the Maduro government. At least part of that food came from Mexico and was later shipped to Venezuela with a premium.