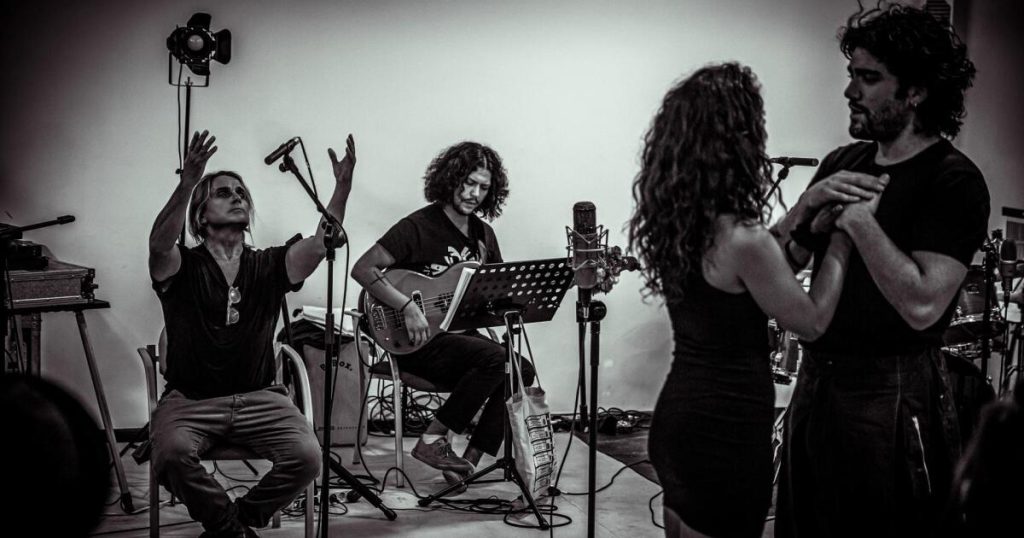 Mana drummer Alex Gonzalez has ventured into the music world with a project led by Spanish composer Nacho Cano, “Malinche,” whose debut single, “Magical Mexico,” was revealed on Friday.

“I’ve never been to a musical before, my job was to record drums in a recording studio for certain themes that would be played in the play and my idea was that when the play was actually performed I could go to Madrid or Mexico to perform,” Gonzalez said in an interview.

He is excited by the possibility of being on stage differently than in concert. “It should be fun to play and to see a lot of people performing and dancing,” he said.

Alex considers himself a close friend of one of the creators of the Mecano group, and was in Miami when in 2017 he received a call from Cano telling him about the project he was working on.

Upon hearing that Cano’s idea was for a musical based on the supposed love story that Spanish conquistador Hernán Cortes had with the Aztec translator Malintzin known as La Malinche, Gonzalez gave him some advice for its implementation.

“I told him that I don’t doubt the musical question, but that it’s important for him to accommodate this topic with the historians and the people of Mexico, since it’s a history of intermingling of generations and because he’s Hispanic, there won’t be conflict,” says Gonzalez.

A year later, Kanu called him to invite him to the Malench music recordings to be held in New York and Gonzalez accepted.

“Magical Mexico” is just one of many songs and instrumental themes that Alex has been involved in and you can currently see a bit of the work they did together in the Netflix documentary “Making Malinche by Nacho Cano.”

“With Nacho I laugh and have a lot of fun, a lot of things were recorded with audio and video and I feel very proud to be a part of it,” Gonzalez admits.

While all this unfolds, Alex is still part of one of the most influential Spanish rock bands, which is currently celebrating 35 years in the business.

Mana recently announced that he will be taking a residence at the Forum in Los Angeles, where they plan to play “until people get tired” of them.

“With Maná things are amazing, as the vast majority of bands are quickly starting to get a sense of how the coronavirus problem is evolving, next year we have lodgings in Los Angeles which is the only place we are going to play in the United States,” Gonzalez explains.

But Mexico will be the second country to visit the band from Guadalajara, Jalisco, while the rest of the world will have to wait for Mana to arrive until 2023 with a “huge tour” they’re planning.

In addition, they continue to work on collaborating to achieve their great hits songs have already been heard with Joy and Alejandro Fernández, who hopes that 2022 will be the year they finish delivering this album.

He concludes, “By 2023, there is also talk that there will be a studio album, the last of which was ‘Cama incendiada’ in 2015 and our fans asked us for it, and we also want to release new music.”