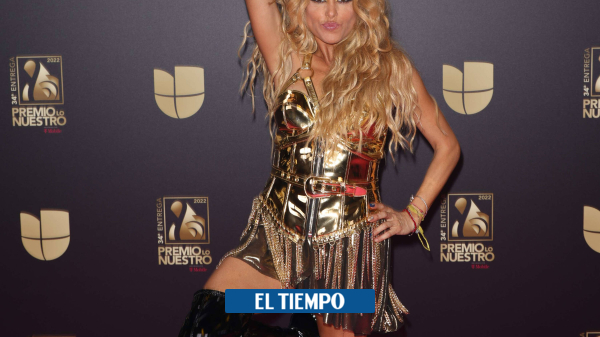 After years of rumors from the press and fans about a supposed rivalry, Mexican singers Alejandra Guzman and Paulina Rubio They will talk about the relationship they have had over the years, which is closer to friendship than competition, on a TV special.

“What they say (about the alleged rivalry) makes me laugh, because in the end I know her from El Pedregal (Mexico City). We were neighborsI walked with my brother. I know her as a normal person. Susana Dosamantes (Paulina’s mother) lived in El Pedregal and I know her from there. I don’t see her as an artist, but as a girl I would play with,” Guzmán said in an interview with a national media outlet.

(Read also: Maluma invests in Rabi and becomes his image)

The program will be broadcast on Saturday 12 March by Las Estrellas Under the name “La Noche,” both singers are expected to talk about their experiences, as well as those close to them, including Alejandra’s mother, Sylvia Pinal.

Also, on the program they show a musical preview of what their “Perrísimas” tour will be.

The conflicts between Guzmán and Rubio began in their youth and were born from certain messages they sent to each other through their music.

It was precisely the resonant confrontation that they starred in with the songs “Mío” by Rubio and “Hey Güera” by Guzmán, which perpetuated the belief that there was an insurmountable competition. Both songs were the result of a love triangle between Mexican musician and actor Eric Rubin, then Guzmán’s partner and who was in a relationship with Timbiriche’s partner Paulina Rubio.

(You may be interested in: Singer Sacha Sokol reveals she was abused by producer Luis de Lano)

The singers had previously announced that the “Perimass” tour would take them to 26 cities in the United States this spring. However, they have not yet offered an itinerary in Mexico or Latin America.