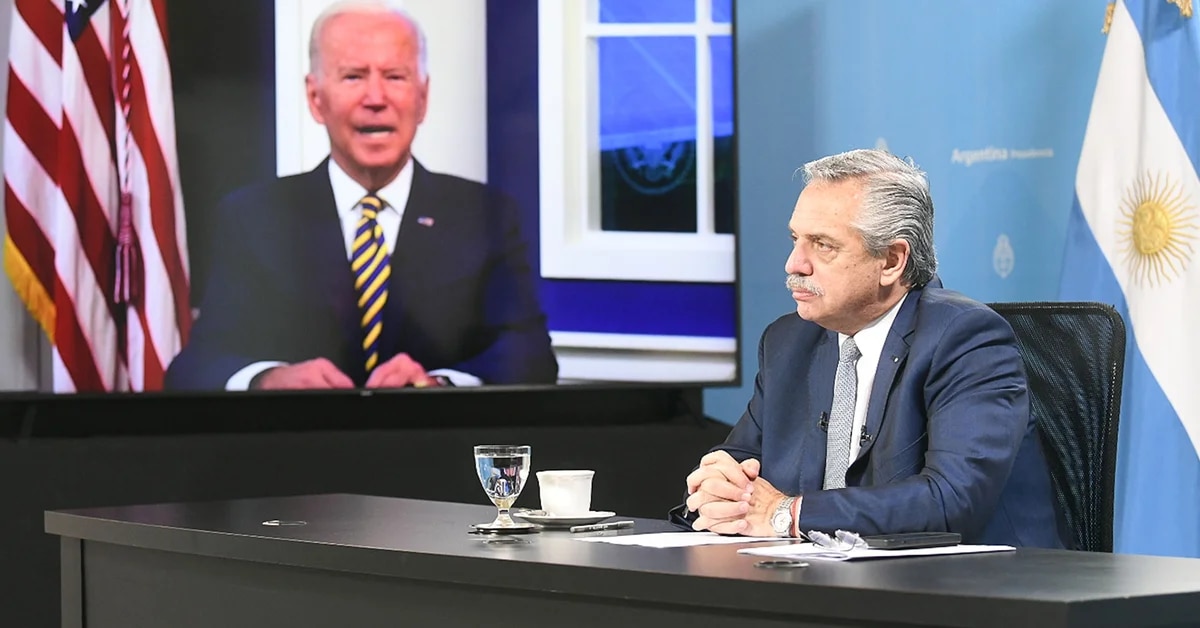 The White House and the International Monetary Fund (IMF) were informed of the presentation that Alberto Fernández and Martín Guzmán would make before the governors. The negotiations with Kristalina Georgieva were aimed at refinancing the $44,000 million that Mauricio Macri had contracted during the capture of Balcars 50.

The president and his economy minister were very critical of the IMF, and Axel Kisilof closed the circle when it was his turn to speak. In front of an audience that demonstrates the absence of provincial leaders who belong to the Juntos por el Cambio: “United States” and “The strategy must be reviewed”, The governor of Buenos Aires slipped.

Those two Kissilof concepts –United States and The strategy must be reviewed – they caused a chain reaction that went from the Treasury Secretary to the White House. In Washington he believes that Kissilof is Cristina Fernández de Kirchner’s chief economic adviser, and yesterday he assessed that his speech contained a possible negotiating strategy that Alberto Fernández and Guzmán always denied.

President removed the concept of adjustment, Guzman slipped that the talks were hampered by the perspective that the United States has on the failed program that Macri implemented, And Kissilof completed the illustration by pointing to the Secretary of the Treasury and warning of the possibility of a change in strategy.

Under these circumstances, Alberto Fernandez would find it very difficult to close a deal with the support of the United States. And without Joseph Biden’s backing, Argentina is heading straight for a new sovereign default.

Treasury Secretary Yanette Yellen serves on the IMF’s board by order of Biden, and has already explained to the White House and Georgieva that the plan presented by Guzman requires a strong reduction in the fiscal deficit. Yellen’s demand implies an economic adjustment for Alberto Fernandez that he is unwilling to meet.

The head of state talks about his diplomatic successes of the G20 in Rome before the governors, But it is still clear to uncover a secret conspiracy that explains the IMF’s reluctance to get approved on its board of directors. The United States, Canada, Japan and Australia did not want to approve a reduction in the surcharge., And he has doubts about benefiting Argentina from the transfer of millions of dollars in special drawing rights (SDRs) belonging to central countries.

The reluctance of Biden and his historical allies was fueled by pressure from China, Russia, Mexico and some African and Middle Eastern countries on the Argentine side. Then, The G20 in Rome was able to win its final communiqué and Alberto Fernández his diplomatic victory in this multilateral forum.

But the White House did not forget the defeat in Italy and the well-paid one in Washington. He refused to reduce the surcharge in the last session of the board, comparing it to an IMF report that highlights the shortcomings of the program presented by Macri and not supporting BALCARS 50 until the government accepts the economic adjustment plan. Will do

Alberto Fernandez has not yet disclosed this secret conspiracy. And its content in time and space allows us to understand why Guzmán’s presentation at the Bicentennial Museum set off all alarms in Washington.

it’s not an ideological issue, It is a geopolitical matter: the United States and its allies intend to collect the $44,000 million contracted by Macri, and they do not want Argentina to facilitate China’s influence in Latin America.

In addition to urging Alberto Fernández to reach the Presidency of the Community of Latin American and Caribbean States (CELAC) To reduce the regional influence of the Organization of American States (OAS), which is highly critical of authoritarian regimes in Cuba, Venezuela and Nicaragua.

a contrasting sense, Viewed from Casa Rosada, Reasonable answer is easy to describe, The adjustment is not accepted, China is a strategic ally and CELAC provides a multilateral umbrella which the OAS denies.

“It is necessary to review the strategy”, Kissilof expressed the opinion after mentioning the United States and noting that there are “Countries likely to enter into agreement” Argentina negotiates with the fund.

Georgieva suggests Alberto Fernandez to star in an undeniable display of institutional power To reassure the most reluctant countries on the board that their negotiating strategy was supported by the main leaders of domestic politics.

The head of state accepted Georgieva’s premise and believed that the Budget 2022 approval complies with the managing director’s recommendation. But Maximo Kirchner’s speech suppressed that possibility, and Alberto Fernández found a viable alternative in Guzmán’s formal presentation to the 24 governors.

This institutional choice was marred by the absence of Horacio Rodriguez Laretta (Federal Capital), Gerardo Morales (Jujuy), Rodolfo Suárez (Mendoza) and Gustavo Valdés (Corrientes). Those who always distrust the political motives charged by the President.

Guzmán always understood the need for Rodriguez Laretta, Morales, Suárez and Valdes in presentations, and played one last token yesterday by sending WhatsApp to his personal cell phone. He had no luck, and the leader of the pro didn’t even answer him.

However, in the short term, the main difficulty for Alberto Fernández and his minister will not be a new door slam by Together for Change as a result of the act they did yesterday at the Bicentennial Museum.,

The main problem now facing the President and Guzmán is that the United States has reaffirmed its suspicions about the proposal that Argentina submitted to IMF staff., And those doubts will be hard to reverse in just 75 days, following speeches from Alberto Fernandez, economy minister, and Kissilof.

On March 22, it is necessary to pay about $ 3,000 million that is not present in the Central Bank’s reserves. Without the deal as Biden wants, there will be a default when the fall begins.