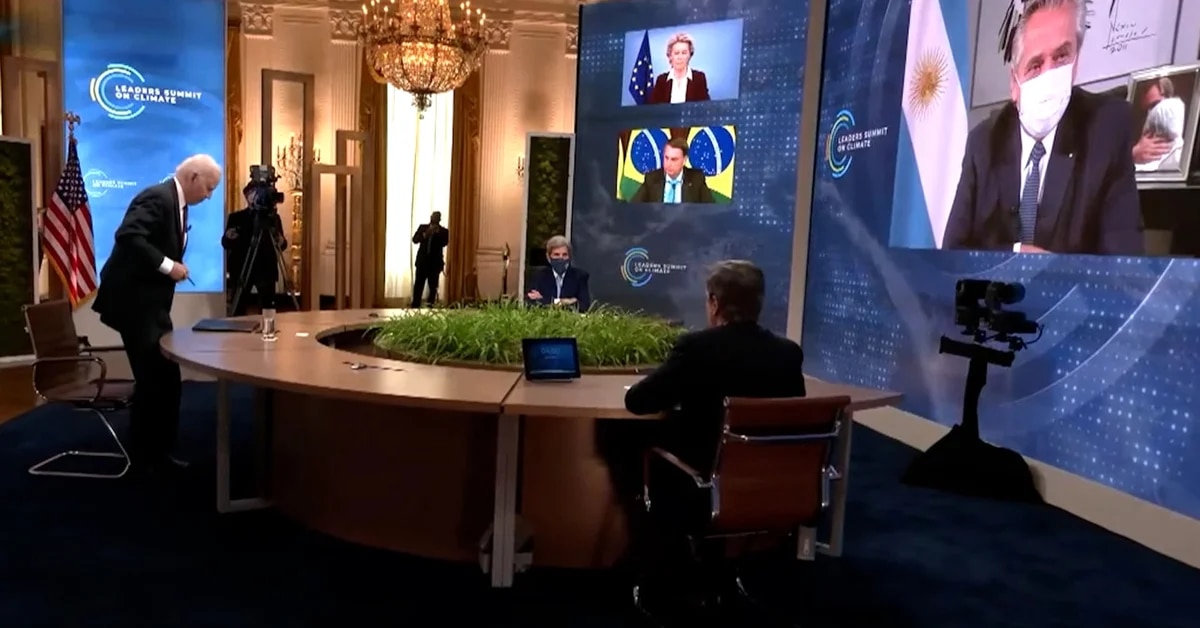 Alberto Fernandez and Martín Guzmán have dinner alone at Olivos’ villa. The year was coming to an end and it was a moment of balance and review of negotiations with the International Monetary Fund (IMF), which is fueled by the technical and geopolitical reluctance of the White House.

The United States calls for an economic adjustment plan And he wants Argentina’s diplomacy to be more equitably distanced from China’s ambitions in Latin America and more resistant to the ideological agendas of Bolivia, Cuba, Nicaragua and Venezuela.

In mid-March 2021, Alberto Fernández and Guzmán accepted the voluntary approach of Cristina Fernández de Kirchner and Maximo Kirchner, He sought to improve the technical underpinnings of the extended facility loan negotiated with the Fund for a $44,000 million refinance contract contracted by Mauricio Macri in 2018.

The President and his ministers knew that it was impossible for the IMF board to authorize the claims of the Vice President and his son., but he undertook to avoid a palace clash that could affect institutional relations with the fund’s managing director, Kristalina Georgieva.

Cristina and Maximo wanted to reduce the $44,000 million given to Macri, double the grace period and reduce the interest rates that usually apply to extended facility loans.

During the dinner they shared in Olivos-Dec 30-, Alberto Fernández and Guzmán buried that political purpose of Instituto Patria. In Washington, real politics transcends voluntarism.

Without the demands of CFK and Maximo, The head of state and his minister have more room to present their proposals to the IMF, although that doesn’t mean talks are progressing as Balkars claims 50. The Secretary of the Treasury and White House national security advisers found certain red lines on the government’s economic and geopolitical agenda, and Joseph Biden ordered extreme caution in the fund.

Alberto Fernández explained at the dinner with Guzmán that the reluctance of the Democratic administration was tied to the critical IMF report, which concluded that the political decision to grant Macri a million-dollar loan facilitated financial speculation and capital flight., That stand-by was granted by order from Donald Trump, who voluntarily managed the fund’s board of directors.

“The United States was the only country on the IMF board that rejected the assessment report, and this is a political signal that should be heeded”, The head of state remarked during his meal alone with Guzmán.

Alberto Fernandez’s interpretation is in line with information circulated in DC, but it is not enough to fully understand the resistance of the Secretary of the Treasury, Yanett Yellen, and Jake Sullivan, Biden’s national security adviser.

Biden ordered Yellen to closely follow talks between Argentina and the IMF. But the Secretary of the Treasury is an official who understands the difference between a technical opinion and a political decision., His criticism of Guzmán’s program presented to the IMF will be quelled when the Oval Room has verified that the Peronist president has no diplomatic agenda that complicates the White House’s national interests.

Washington distrusts the bilateral relationship that Buenos Aires maintains with the Chinese regime, and thinks it’s a omission Diplomatic relations with Cuba, Venezuela and Nicaragua to receive Alberto Fernandez’s presidency of the Community of Latin American and Caribbean States (CELAC). “CELAC serves us, it gives us regional projection”, The head of state remarked in the secrecy of power.

If Casa Rosada changes its geopolitical agenda and accepts a short-term economic program and a lower fiscal deficit, Biden will not let Alberto Fernandez get away. Maximum four years and a deficit that does not exceed 2.5 points of GDP in 2022.

In this context, the head of state called on governors, merchants and trade unions to describe negotiations with the Fund for Guzmán. The meeting will take place the day after tomorrow at Balkars 50, and Alberto Fernández will take the opportunity to explain a significant improvement in his negotiating strategy with the IMF.

The president wanted a final agreement with the fund to be final, and that through a pari passu clause, Argentina would add all institutional reforms suggested at the G20 in Rome to the extended facilities loan.

this is: Reduction in surcharges paid by debtor countries, access to future resilience funds and receiving millions of dollars in special drawing rights (SDRs) that belong to the richest countries.

But none of these institutional advantages still exist in the International Monetary Fund.Nor was it possible to achieve a very long grace period, a reduction in capital and a reduction in interest rates. So, if there is a settlement at the end, it will be minimal and with the sole objective of avoiding default in March.

“We are at the beginning of a process. Negotiations with the fund will have their phases. I do not believe in the epic of defeating the IMF. We are going to close chapters with two convictions: I do not want an economic adjustment and I am going to pay off the debt contracted by another president. This is my negotiating strategy”, Alberto Fernandez argued with Chapadamlal yesterday.

See also  How should you play casino betting online?

i.e: The next government will have to deal with the IMF. A political fact that is evidence of denial.