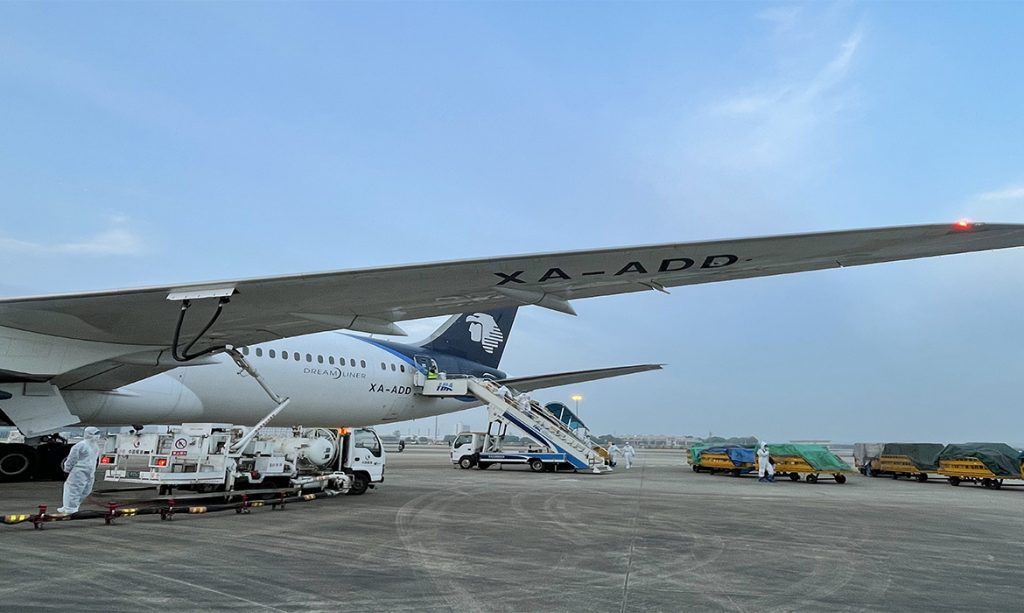 Air Mexico Cargo It began its direct route for cargo movement between Wuhan, China, and Mexico City, which is its preferred destination E-commerce growth, transfer of medical supplies and high-tech products.

Wuhan is one of the fastest growing cities in China and has become a hub (call center) for air transportation in the central region of the country, over the past year it recorded an increase of more than 500 percent.

“We are very grateful to the governments of Mexico and the People’s Republic of China, to our customers, trade partners and airport authorities.” Said Alejandro Mendes, Senior Vice President of Aeromexico Airlines Cargo: “Wuhan represents an exceptional opportunity to transport goods between the two countries, through which we will offer our customers more and better options for efficient transportation. And safe for their goods. ”

The road will run with Your Boeing 787-9 Dreamliner equipment With a tonnage greater than 30 tons or 130 cubic meters, depending on the type of cargo.

“It is an honor for me to be part of this inaugural cargo flight between Mexico and Wuhan, which reflects the efforts of Mexican Airlines and its cooperation with the two governments. I am confident that these operations will contribute to the development of new routes that enhance trade between the two countries for the benefit of their economies,” Jose Luis Bernal commented, Ambassador of Mexico to China.

Additionally, because of its infrastructure, Wuhan Tianhe International Airport has emerged in the ranking of passenger transportation in China for being the first among the 22 most connected in that country.. Since the start of the pandemic, Aeroméxico Cargo has completed more than 235 exclusive cargo flights from China to Mexico and 16 other countries, transporting more than 4,000 tons of essential medical supplies and other products.

All these operations exceeded 8,000 flying hours and 6 million kilometers traveled, equivalent to more than 170 times worldwide.

Aeroméxico Cargo can operate in more than 40 airports To the Mexican Republic and to multiple international destinations in the United States, Canada, Central and South America, Asia and Europe. The most common merchandise is perishable products, live animals, high-value goods, technology, medicines, and medical supplies, among others.