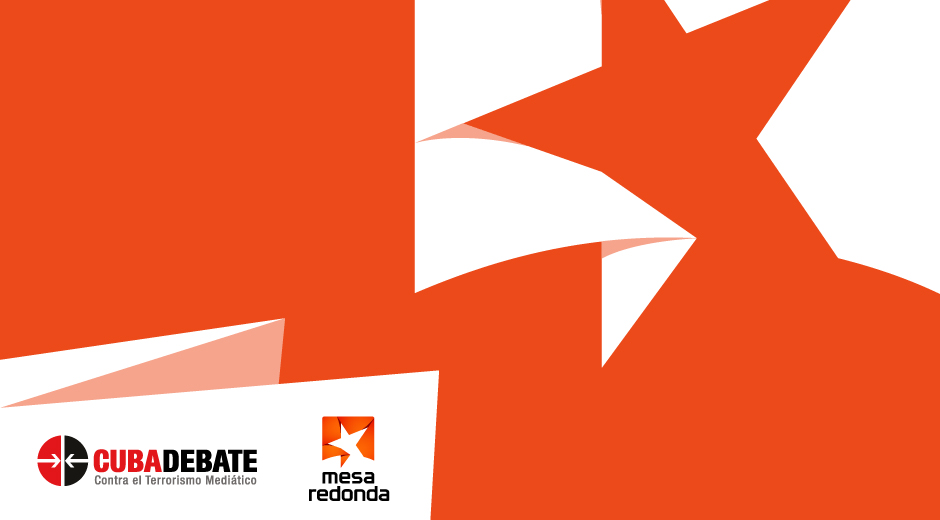 At the beginning of the radio and television space, moderator Randy Alonso read a note that the BCC states that Temporarily suspending the acceptance of cash bank deposits in United States dollars.

“Due to the obstacles imposed by the economic embargo of the United States for the national banking system to be able to deposit cash in US dollars collected in the country abroad, a decision has been taken to stop accepting the banknotes of that country as the currency in the Cuban banking and financial system,” a statement said. BCC.

So – he adds -, As of June 21, 2021, Cuban banking and financial institutions will temporarily stop accepting deposits in US currency in cash.

“This action means it As of that date, natural and legal persons, Cuban and foreigners, will not be able to make deposits or any other transaction in US dollars in cash at these institutions.

“This measure does not concern operations by transfers or cash deposits in other freely convertible currencies acceptable in Cuba, which may continue to be carried out without any restrictions.”

The Central Bank of Cuba explains that this is a “protection measure for the Cuban banking and financial system, which applies only to US currency in cash, and not to accounts in that currency.”

“Deposits in US dollars owned by natural and legal persons are not affected at all by this measure.”

It is – as the statement continues – “an indispensable decision because The Cuban banking system, due to restrictions imposed by the economic, commercial and financial embargo of the United States, has restricted for more than a year and, in unusual extreme cases, the possibility of depositing dollar bonds in international banks collected by Americans. national territory.

“In that period, the government of that country reinforced the coercive measures of the embargo, particularly in the financial sphere. A situation has been reached in which it is increasingly difficult for Cuba to find international banking or financial institutions willing to receive, transfer, process or process cash in United States currency as a result of The extraterritorial effects of the embargo and additional measures taken by the United States in the past four years, which, to this day, remain in effect.

He also notes that “the decision of the Cuban government issued on June 16, 2020 to abolish the 10% tax on the dollar in cash in the framework of measures to counter the epidemic of Covid-19, led to an increase in deposits. of this currency in Cuban banks.

The scenario is further exacerbated by the increase in the amount of cash in US currency arriving in the country as a result of the ban imposed by the US government on the regular and institutional flow of remittances.

This prohibition that is part of Attempts to stifle the Cuban economy And reduces the standard of living of the population, it was created in steps. It began September 6, 2019 by imposing a maximum allowable amount of $1,000 per quarter on family transfers from the United States to Cuba and banning non-family transfers.

“In order to further restrict the flow of remittances, On June 3, 2020, the US State Department included Fincimex in the List of Restricted Cuban Entities established by that same department in 2017., which refers to entities in our country with which any natural or legal person under the jurisdiction of the United States is prohibited from having a relationship.

Later, on September 28, 2020, an update to the said list of banned Cuban entities was announced with the addition of American International Services, also known as AIS.

On October 23, 2020, the United States Department of the Treasury amended the contributions to the Cuban Assets Control, in order to prevent persons under the jurisdiction of the United States from processing remittances to and from Cuba involving companies on the State Department’s List of Restricted Cuban Entities.

Under these measures, On November 27, 2020, remittances to Cuba from the United States were cut off Through the financial institutions designated sovereign by the Cuban government in this state.

“On December 21, 2020, the United States Department of the Treasury included Fincimex in the list of Specially Designated Nationals published by that department, an additional measure that prohibits natural and legal persons under the jurisdiction of the United States from conducting transactions with a corporation.

“On January 1, 2021, the State Department included the International Bank of Finance (BFI) in the list of Cuban Restricted Entities, at which time this bank was subject to additional restrictions and some banks from different parts of the world refused to participate with it, due to extraterritorial influence and capacity coercion of the United States government.

On January 11, 2021, the Ministry of Foreign Affairs included Cuba in its list of countries supposedly sponsoring terrorism, a slanderous act that has the practical effect, among other things, of the reluctance of various financial and commercial institutions to maintain relations with Cuba Entities, which include organizations dedicated to receiving, processing, or operating currency in cash.”

The Cuban Central Bank reports that “under these circumstances, and in view of the necessity to preserve the vitality of the national economy, The Cuban banking system has no choice but to temporarily suspend the acceptance of cash deposits in United States dollars, a currency whose value has been very limited.

The statement concluded that “the duration of this procedure will depend on the abolition of restrictions that prevent the normal conduct of the US currency export procedures.”