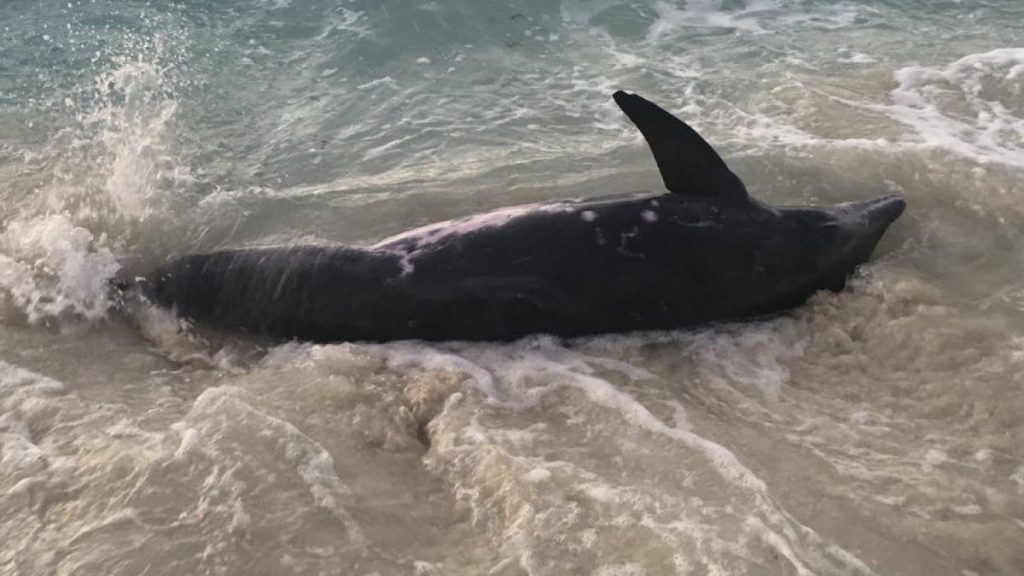 About 60 dolphins and other marine species have been found dead during the Weekend On the beaches of Ghana.

About 60 dolphins and different types of fish are found dead over the weekend, Stranded On three beaches in GhanaToday, Monday, local authorities and sources said that the cause of his death has not yet been determined.

The death of dolphins and other species is cause for concern

“Upon reaching the shore, the team noticed a large number of small pelagic fish (sardines, anchovies, and ndlr) and benthic species (bream, seabass, hake, ndlr) stranded on the shore.” Michael Arthur Dadsey, chief executive of the National Fisheries Commission, said in a statement.

According to the first observations, there were no injuries or wounds on the fish.According to the statement, which stated that they were sent to the laboratory Several presentations to try to clarify the causes of the phenomenon.

Some users on social networks have shared videos where you can see Stranded dolphins On the beaches of Ghana.

Photos can hurt some sensitivities: discretion is recommended.

In the photos you can see dead dolphins on the shores of Ghana And some of that She barely shows signs of lifeBefore the eyes of people amazed.

“We counted 60 dead dolphins and one small fish. Samuel Aubing, a local fisherman, told reporters: “It’s strange, and you can’t say what happened, perhaps on the high seas, of species like this bending here.”

Ghana is located along the Gulf of Guinea, in the Atlantic Ocean, and has a coastline of 550 km.