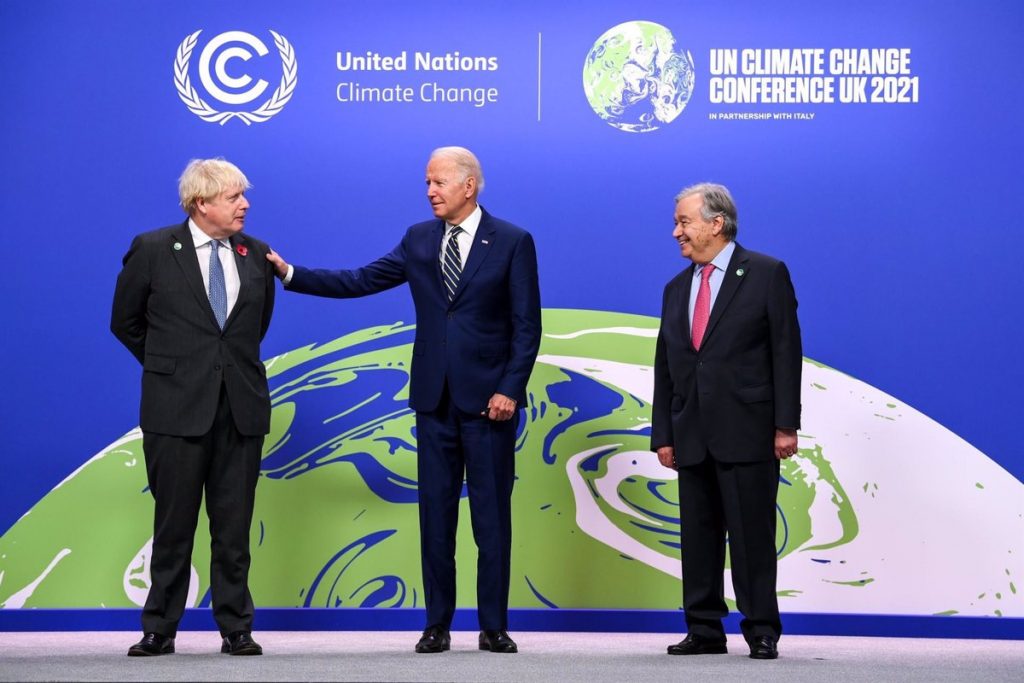 About 120 world leaders gathered on Monday in the Scottish city of Glasgow (United Kingdom) to advance climate action aimed at achieving credible “sustaining life” commitments to keep global temperature rise to 1.5°C, a challenge agreed in 2015. Paris confirmed this weekend at the G-20 summit in Rome (Italy).

At the 26th Conference of the Parties to the United Nations Framework Convention on Climate Change, to be held until 12 November in Glasgow, COP26 President Alok Sharma called for “immediate action” and “solidarity” to be able to deliver on the Paris promise.

At the meeting on Monday and Tuesday, the leaders will draft their countries’ declarations to advance the various countries’ negotiations over the next two weeks. As stated in the Framework Convention on Climate Change in a statement, the United Kingdom, as the host country, announced the mobilization of billions of private investment in green and resilient infrastructure in developing countries.

“The science is clear that the window of time in which we must keep the 1.5°C target alive and avoid the worst effects of climate change is rapidly closing. But with political will and commitment, we can and must achieve an outcome in Glasgow that the world can be proud of,” Sharma urged. *

During the opening of the event, Kenyan climate activist Elizabeth Wattute called on leaders to respond “courageously” to the climate and environmental crises in these two weeks.

* For his part, British Prime Minister Boris Johnson announced a funding package as part of the UK’s Clean Green Initiative to support the deployment of sustainable infrastructure and revolutionary green technology in developing countries.

Specifically, he said a guarantee package will be put in place for the World Bank and African Development Bank to provide 2.2 billion pounds ($3 billion) for investments in climate-related projects in India, to support India’s goal of reaching 450 gigawatts of installed renewable energy by 2030 and in All over Africa.

On the other hand, he added, the British Development Finance Corporation (CDC, for its English acronym) will commit more than 3,000 million climate finance to green growth over the next five years.

This will include £200 million for a new Climate Innovation Facility to support the scaling up of technologies that will help societies deal with the impacts of climate change. It swallows twice the amount of climate funding the CDC invested between 2017 and 2021.

In addition, the Private Infrastructure Development Group (PIDG) supported by the British Government’s Office of Foreign and Commonwealth Affairs and Development will commit over £210 million to support transformational green projects in Vietnam, Burkina Faso, Pakistan, Nepal and Chad.