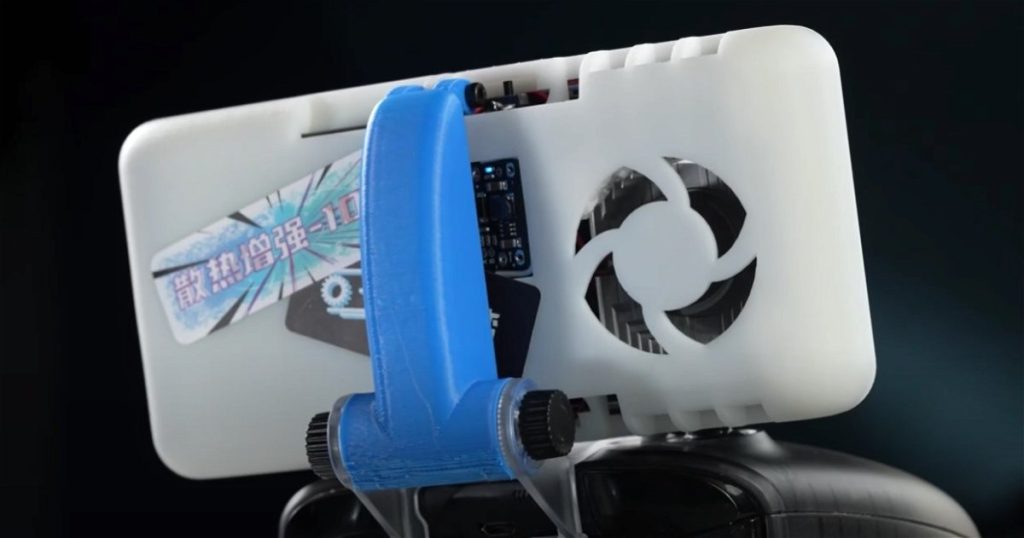 Chinese YouTuber Geekerwan has managed to turn the Xiaomi Mi 9 into a powerful gaming smartphone.

Gaming smartphones have amazing design, very powerful hardware, efficient cooling system and extra buttons to enhance your gaming experience, but Is it possible to make your own gaming phone with an old mobile phone?

So far we haven’t been able to answer this question with facts, but recently a famous Chinese user got on YouTube convert xiaomi 2019 in the gaming beast. Read on and find out how he did it.

This is Xiaomi Mi 9 “Gaming Edition” created by YouTuber Geekerwan

The well-known Chinese YouTuber bought Geekerwan a Xiaomi Mi 9 Used, with the back broken, for 700 yuan, about 100 euros to changeAfter performing a series of Adjustments at the hardware level and at the software level Turn it into a real gaming smartphone.

The Xiaomi Mi 9 is a perfect model to make this transformation, since it is Inexpensive device with a powerful processorThe Qualcomm Snapdragon 855and supported by a large and very active community.

The first step in turning the Xiaomi Mi 9 into a gaming mobile was to increase the autonomy of this terminal, since then The original 3300 mAh battery of Mi 9 That wouldn’t be enough. To do this, you It added two more batteries of the same capacity to the device, giving the device a 9900mAh battery. This caused Geekerwan to have to modify the mobile software to detect the new battery size.

It was the next step Overclocking and Overclocking on Snapdragon 855which does not have much difficulty, because by flashing the kernel of the device it is possible to “overclock” the screen so that Runs at higher frame rates (FPS) than the original.

At this point, it was necessary to create a cooling system, since the Xiaomi Mi 9 was not optimized to withstand extreme heat. To do this, the rear camera module has been removed and put into place Heatsink with 40mm fan. But since it was necessary to power this fan with the new triple battery that was placed in it, it was also necessary to add Transformer board to regulate current and supply the fan with a voltage of 5V. In this section, Geekerwan decided to go one step further and also added to the station some Fan speed control knobs.

Finally, it was created 3D printed SLA case To house this gaming monster and a universal stand for use with a gamepad.

In the tests conducted by this YouTuber, he played the game Genshin Impact at maximum graphical settings and with Xiaomi Mi 9 without mods he achieved at 39 frames per second And after the transformation, under the same conditions, it was obtained At an average rate of 50 fps.

See also  We seem to have mispronounced Mrs. Dimitrisko's name