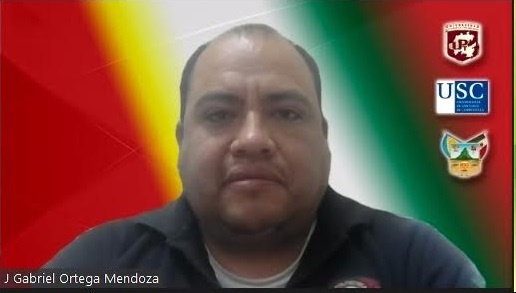 TULANCINGO DE BRAVO, 29 August /HIDALGO NEWS/. – The academic staff of the Polytechnic University of Tolancingo (UPT) has been recognized nationally once again, this time with an invitation to Research Professor of this Study House José Gabriel Ortega Mendoza, to be part of the Jury for Field II: Technology, Innovation and Design for the National Science Prize.

The above is the result of the professor’s academic career, highlighting projects of national impact funded both by the National Council for Science and Technology (CONACYT), as well as through the Professional Development Program for Teachers (PRODEP); Following the application made by this study house, the invitation was received by the award board.

It should be noted that the jury in each field of the award consists of seven prominent members in each field, belonging to educational institutions and organizations across the country; The National Science Award is the highest award granted by the Federal Government through the Department of Public Education to individuals who, through their production, teaching, research, or publishing work, have contributed to the advancement of science, technology, and innovation.

For his part, the head of this study house, Arturo Gil Borga, pointed out that this distinction is the result of the continuous work in the field of innovation, science and technology, carried out by the professors of the institution; This will allow UPT students to continue to approach the research that has been conducted at the national level and subsequently participate in these calls with high impact projects; Because they have it as a reference for the great researchers in this study house.

See also  What will you read with your son tonight? Educate inquisitors and animals of moonlight