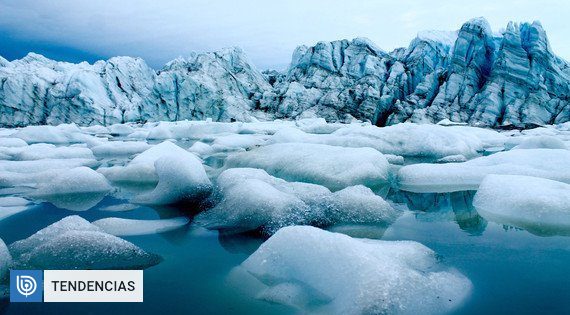 Ice caps melting in the past Caused the sea level to rise much faster than it is today. According to a British study published on Thursday, it provides “evidence” about the effects of global warming.

According to scientists, the water level could rise by one meter or double by the end of the 21st century.

These researchers, led by scientists at the University of Durham, have used geological records of sea level in the past to estimate this Levels rose 3.6 meters per century over a 500-year period at the end of the last Ice Age. About 14,600 years ago.

The team also found that this 18-meter rise in sea level may be primarily caused by melting ice in the northern hemisphere and not Antarctica as previously thought.

Scientists claim that their work can provide “evidence” for The impact of climate change on our seas.

“We found that most of the rapid rise in sea level was due to melting ice sheets in North America and Scandinavia, with a surprisingly small contribution from Antarctica,” explains study co-author Pipa Whitehouse of the university’s geography department. From Durham, in the North East of England.

“The next big question is what led to the melting of the ice and what is the effect of the massive flow of water on ocean currents in the North Atlantic.” Added.

“This worries us a lot today, because any disturbance in the Gulf Stream, for example due to the melting of ice in Greenland, will have important consequences for the climate in the UK,” he says.

See also  In the midst of negotiations over its nuclear program, Iran announced that it had launched a missile into space

Scientists have explained that the five-century sea level rise at the end of the last Ice Age caused the inundation of vast areas of land and altered the circulation of the oceans, with indirect effects on the global climate.

This article is based on a scientific study that may be subject to further tests for validation or disposal. Your results should not be considered conclusive.