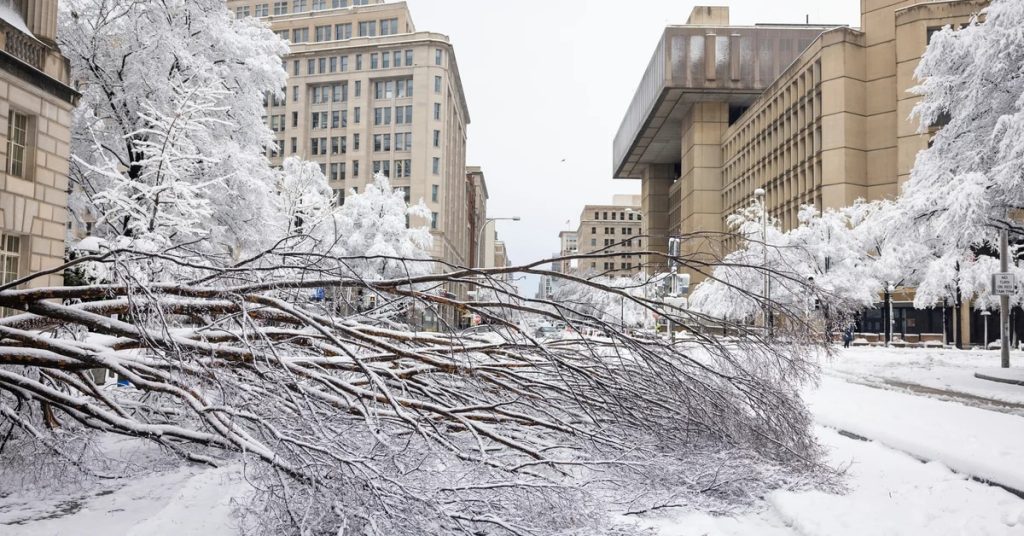 Millions of Americans took shelter on Sunday from a severe storm that battered the east of the country with snow, ice and strong winds, causing power outages, road disruptions and flight suspensions.

The National Weather Service (NWS) said the storm combined heavy snow, freezing rain and strong winds. It affected the southeast coast and the mid-Atlantic before heading to New England and southern Canada.

In areas along the Appalachian Mountains, snow may fall at 2.5 cm per hour on Monday, while cold weather may continue into Tuesday.According to the NWS.

US media reported that more than 80 million people are subject to climate alerts.

From mid Sunday, About 235,000 customers lost power in the Southeast, including more than 150,000 in the Carolinas., according to the PowerOutage.US website, although it appears some have been reconnecting at night.

The storm caused devastating tornadoes in Florida and inundated parts of the coast. In the Carolinas and Appalachians, icy conditions and strong storms have raised concerns.

Transportation was severely affected. Thousands of flights have been canceled and a section of the busy I-95 highway in North Carolina has been closed.

According to the FlightAware website, about 3,000 flights to, from or from the US were canceled late Sunday, and another 4,200 were delayed.

Drivers have been warned of the dangerous road conditions.

Georgia Governor Brian Kemp declared a state of emergency on Friday and snow plows have been working since noon to clear roads.

North Carolina Governor Roy Cooper said on Twitter that up to 30 cm of snow had fallen in some areas as of noon Sunday and that “large ice is causing problems in the central part of the state.” He urged the governor to make every effort to avoid displacement.

And in North Carolina, too, the storm caused a college residence to collapse, according to local stations. ABCBut there were no injuries.

the NWS She reported that flashes were reported in Pensacola, Florida, while Atlanta, Georgia, which is usually temperate, also saw snow.

Some coastal flooding is expected and the NWS warned that winds on the Atlantic coast could approach hurricane strength.

Snow already hit the northeastern United States earlier this month. A storm there left hundreds of motorists stranded for more than 24 hours on a highway connecting Washington.