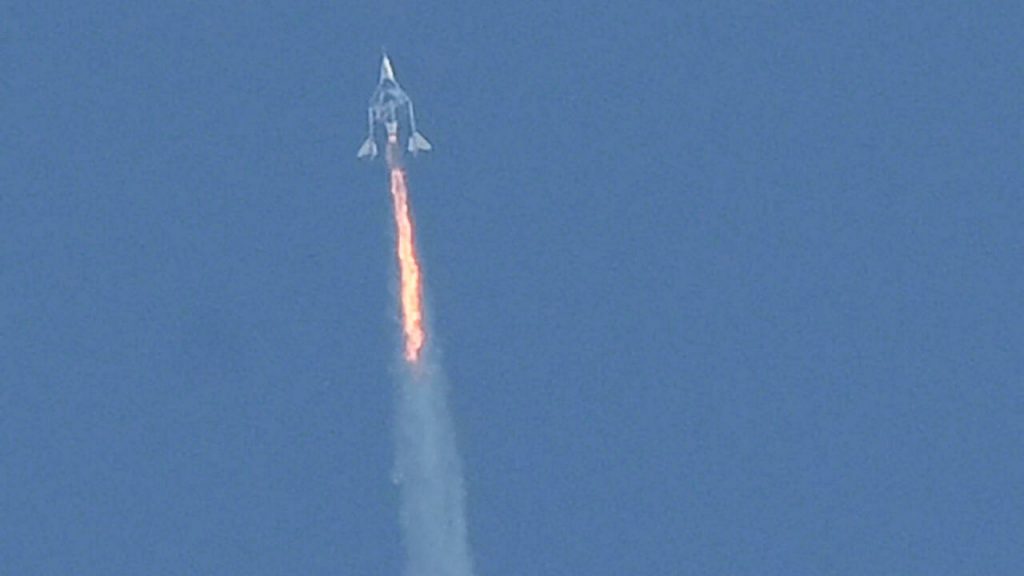 A report in The New Yorker revealed that security alerts went off in the cockpit of the Virgin Galactic spacecraft that flew billionaire Richard Branson into space in July.

The US Aviation Agency (FAA), Thursday, confirmed to AFP that it is investigating the details of this flight: the plane deviated from its course and thus out of the airspace designated for the mission.

However, Virgin Galactic confirmed at the time that the flight went according to plan.

The FAA noted that “during the flight on July 11, 2021, a Virgin Galactic SpaceShipTwo aircraft deviated from its air traffic control clearance while returning to Spaceport America,” the space base the company uses in the desert of New Mexico.

The agency said the investigation into this violation was “ongoing.”

This confirmation comes after the publication of a New Yorker article revealing the incident.

Trouble in the path threatened to disrupt the return to Earth phase, when the VSS Unity spacecraft, which along with the two pilots, Branson and three other passengers, ended up landing on the New Mexico runway.

The publication explained that a red light indicates a serious problem that can be fatal.

The plane had already exceeded the 80 km altitude, the point created in the United States for the limits of space, allowing passengers to get out of their seats and float for a few minutes in a state of weightlessness.

Citing anonymous sources within the company that Branson founded, the magazine specified that the safest way to respond to these alerts is to interrupt the mission.

The ruling would have greatly damaged the image of Virgin Galactic, who invited the entire press and many prestigious spectators – including businessman Elon Musk, owner of car manufacturer Tesla and aerospace company SpaceX – to the event, which is being broadcast live.

Branson, 70, beat Amazon founder Jeff Bezos and his company Blue Origin for a few days in a billionaire space race.