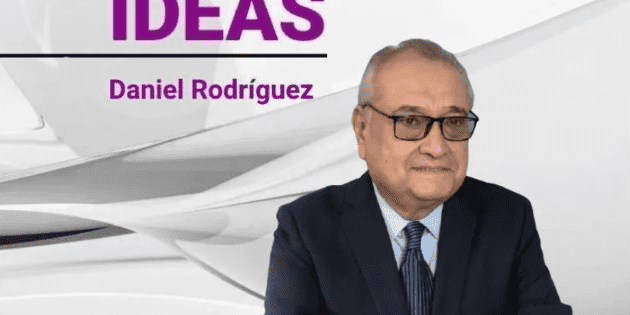 Last Monday, President Lopez Obrador confirmed – in the morning – his tour of Central America and the Caribbean – which concluded yesterday – and confirmed who will be accompanying him. Of course, Foreign Minister Marcelo Ebrard and Defense and Navy Ministers Luis Cresencio Sandoval Gonzalez and Jose Rafael Ojeda Duran respectively. The question immediately arises, when the intent of the tour is to promote employment and seek further prosperity in those countries to address the causes that lead to the expulsion of immigrants, what is the reason for having the highest military rank nearby? from the president. One also wonders, what message is being sent to the United States, when El Salvador and Cuba are visited in the preamble to the Summit of the Americas – to be held next month in Los Angeles – two countries not on Washington’s guest list.

One might imagine that on a trip of this kind, where the subject revolves around planning, coordinating and evaluating actions in matters of development and immigration, it is necessary to bring in the Secretaries of Social Development, Welfare, Labor, Institute and Immigration of some Under Secretary of the Ministry of Interior but not of the senior commanders of the Army and Navy.

The inclusion of military “leaders” stuns the imagination and sends a subliminal message that could have two interpretations. The first, that he takes them to prove that he rules with the support of a civil-military formula, and the second that he can be “precautionary”, meaning that if he leaves them in the country, who knows if he won’t be able to come back anymore, with the background of what happened in the past with some Latin American countries where the military took power, despite the fact that there is a very strong connection to power in office. What is behind this decision? Only Lopez Obrador knows. The other message or other unknown is whether Lopez Obrador went to Central America with some “messages” from the White House or his quick visits to these countries – some of which lasted five hours – rather than seeking to promote him on social media. The goal was to send signals of our “independence and sovereignty” to Washington – especially with visits to El Salvador and Cuba – as a challenge when we are on the cusp of the Summit of the Americas, to which those nations have not been invited.

In Central America, Lopez Obrador “reached out” and from there took the opportunity to criticize the Biden administration for not sending the $4,000 million it promised in support to try to curb the flow of immigrants, when that budget is not available to the Oval Office, is part of a presidential proposal to reform immigration, It is in the US Congress, but no date has been set for its discussion. And our boss knows that.

Everything seems to indicate that there are questions in all of this – with the military presence on the tour – and a double speech by López Obrador during the visit to the countries visited. On the one hand, declaring the supremacy of Latin America and criticizing the power of the North, and on the other hand, showing a “good face” or “subordination” to Washington.

The man from the palace stirs his chips, leaving – apparently – well on both sides. What do you think?