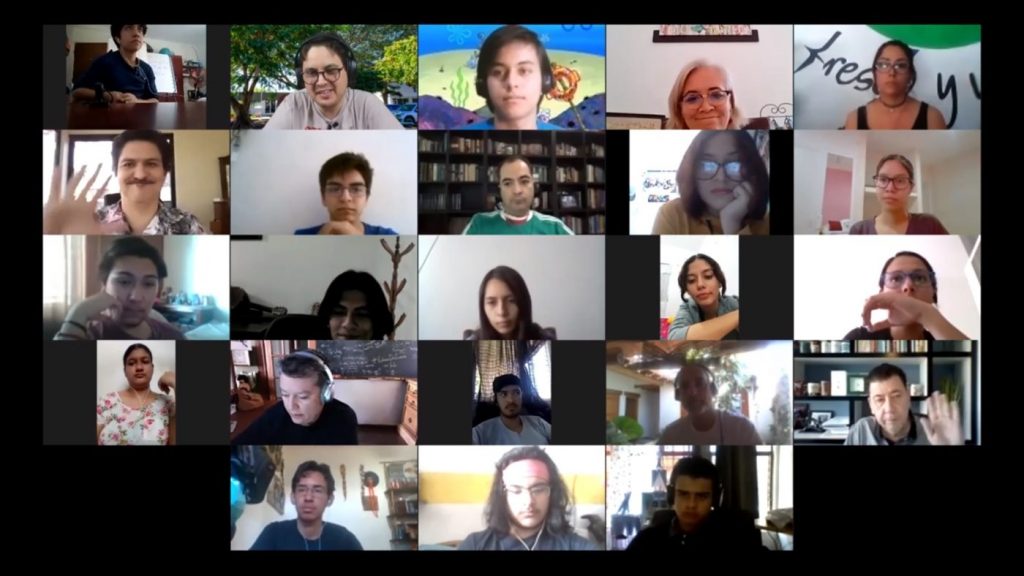 at the end of this week , Heisenberg Institute From College of Science Colima University, Opened its doors to twenty students from Average level superior To bring them closer to practicing the scientific work of physics and mathematics. This new generation, Number 18, will be named after Jack Steinberger It will take place every Saturday.

Andres Pedrosa noted that some students who have passed the institute are already working Researchers, at private sector The study abroad; “All of this fills us with pride, as it is part of the work that everyone does College professors, Because it is not only the work of the coordinator, but the work of everyone. “

In this sense, Susanna Aurelia Preciado, Director high educationIn high school, he said, young men start to have special tastes and become passionate about some things Knowledge areas, So joining programs like Heisenberg Institute “It makes them see the world in a different way, and I think that makes a difference, not because they are scarce, but because they are pursuing Discover new trends; It is important that they know a different way of defining situations. Solve problems from another point of view And to be encouraged, it is very encouraging and satisfying. “

For his part, Martin Jesus Robles stressed the importance of supporting programs that enhance the training of scientists, saying: Mexico “You need researchers, Willing people, and this institute is of quality; We hope more will participate in the next call. “

He also commented that they are seeking to recover Academic competitions Between youth and schools, as well as strategies that allow them to continue their studies high education. He assured students, “It doesn’t matter if they are described as dead people, strangers, or” nerds. “The important thing is their ability to do things; you are necessary to do science and for many other things.

This program was born between Boston, Princeton and Colima UniversitiesWith the intention of showing young students that “ the scientific activity Made with passion and unique experiences and that if they have the profession and the interest they can get An intense and rewarding lifeSaid Alfredo Aranda, who started this program with Ricardo Sainz. After 17 editions, the Heisenberg Institute They said it has received 400 students and that more and more women are joining this project.